Very few things that happen in our world, that stop us in our tracks or change our lives forever. COVID may well be one of those that we look back on as changing our lives. Maybe the invention of the internet was also one of those moments?
The first Industrial Revolution was definitely a massive shift in our world. A development period in Europe and the United States from about 1760 to sometime between 1820 and 1840, was one of those transitional points when the world turned from hand production methods to machine production. Find out more about how this affected the world of art in Interactive Emotions

The Industrial Revolution brought us to where we are now, with new technologies, population growth, a higher standard of living. This automated change influenced nearly every single aspect of human life, including all types of the creative process.

And although many fought against the machine world, thinking it would destroy livelihoods (which it did of course), others saw it as a beautiful movement and went on to celebrate it through art, such as The Bride Stripped Bare by Her Bachelors, Even by Marcel Duchamp or Eiffel Tower series of Robert Delaunay, These artists saw the mechanical world as beautiful. This admiration of the new automated world was extensively explored through paintings and sculptures.

From the love of industrialization came one of the biggest movements in art, The ‘Ready-Made’ movement. Started by Marcel Duchamp, creators like him would take items, built by machinery, or mass-produced and exhibit them in art galleries. Saying it was an art form quite simply because it was being presented in an art gallery.

Art suddenly became open to interpretation. Beauty was in the eye of the beholder, whoever saw it had their own take on it. It was now much more about the emotion rather than the technique of the artwork that became the central theme. The human interaction and relationships with objects of art took a whole new turn.

Interactive art, as we now think of it, became more popular in the 1950s. When artists such as Carl Andre used mechanically made parts to create works but also encouraged physical human interaction to complete these pieces of art.

His floor sculptures (below) made up of machine created tiles, invited people to be physically involved with this art piece by walking on it. Some people were confused, others loved it, some hated it, some just did not understand it. Some even questioned if it is art? But isn’t that the point of art? Everyone sees it differently, but everything can be used for it.

What Carl Andre, and other artists of the time, did by using ready-made objects and placing them in a gallery space was to follow forward the journey of how we, humans beings, interact with art physically and emotionally, an idea Marcel Duchamp had started in the industrial revolution.

Modern-day artists are still working with these same principles. It is about emotional connection when the artist creates the work, and those viewing it becoming a part of it rather than than just looking at it.

Michael Landy was a part of the Young British Artists (YBA’s) movement. He used his possessions and things that other would classify as trash in his art. The shock factor and participants emotions were very important to him. That is what made his art worth the sacrifices he has made.

The C&A Building, Oxford Street, London, 2001. Michael Landy hired this space and converted it into a warehouse. From his clothes through pieces of art to his toothpaste and toothbrush, 7,227 pieces classified into 10 categories – artworks, clothing, equipment, furniture, kitchen, leisure, motor vehicle, perishables, reading material and studio material. All moving on conveyor belts in yellow boxes. Some destroyed by the hands of an assisting human, some by various machines. Everything was gone in two weeks. All for art, all for Break Down.

Oxford Street shoppers thought this exhibition was just some sort of car boot sale. People were confused and questioned why would anyone break everything they have for art, yet they still wanted to participate, buy, take or break things. But why? The emotional connection between people and their possessions is incredibly important. What we have defines us. If we broke everything we had, who would we become? Maybe this suspicion and need to know how it feels to have nothing made participant connect so deeply with this exhibition.

Patrick Tresset uses his “clumsy robotics” to create interesting and playful pieces of art that are a projection of the artist’s personality.

What emotions would you feel if your favourite artist was replaced by a robot? Would you be happy, sad, disturbed? New revolutionary inventions allow humans to create something without the touch of a hand. This machine, although not perfect, can create an extraordinary piece of art. The need for a human to draw is not necessary.

These robots are made out of an old school desk, an arm with a pen and a camera. The robot performs Human Study, it looks at the participant and draws them. Sometimes, the robot works constantly with no breaks until the drawing is done, sometimes it takes breaks. This pattern creates an improvised, individual soundtrack, completely dependent on the participant and their emotion. Although the process is abstract and the outcome is outstanding the pieces still show emotions and humanity.

Studio Droog at first started as a group of designers that wanted to exhibit their art. The more they did that, the more they realised it is not just about things, it is about ideas. This led them to create spaces all over the world where creative minds meet and where the ideas for the future flourish.

In their exhibition Splendor in the Grass, they used interactive, kinaesthetic camping ground. Five interactive tents allowed participants to dig deep into their pleasures and desires and explore them while using their whole bodies to create a physical connection with art. This ability to touch things, play with art and have a physical and emotional connection with it allowed participants to learn not only about sex, consent but also about themselves.

Human emotions are hard to discuss for many of us. Above all, when it comes to one-to-one relationships between lovers, or one-time sexual encounters. We were never told how to talk about those things. And that has its consequences. Consent, feelings and personal pleasures are difficult to discuss.

Sex and consent for many have been and still are taboo topics. Although we are getting better at it, we are still are nowhere near where we should be. We teach our children about sex, but not about consent or how to ask for it nor about how to talk about what feels good for us and what doesn’t. Something that seems so simple, yet we sometimes still fail at it.

Art and emotions go hand in hand, always have been and always will. Interactive art is an important aspect to humanity. It affects everyone differently yet connects a human being, emotions and art.

If you liked this piece, why not have a look at Hello Again, Healing Art 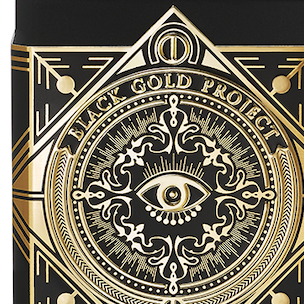 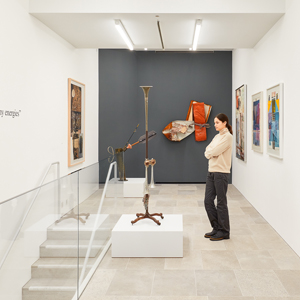