The humble chickpea, who would have thought this small pulse would have had such a powerful impact in the Middle East and surrounding areas. Take a trip along the The Hummus Route through streets and alleyways of many magnificent cities and discover the secrets of nine cities, spanning over 4 countries and crossing borders right across the heart of the Middle East.

With it’s translation in Arabic meaning ‘chickpea’, hummus dates back to the Middle East over 700 years ago and since then has become a delicacy around the world. The Hummus Route is scattered with religious and cultural iconography throughout the Middleeast, the birth places of Islam, Judaism and Christianity.

After a long day of walking in the 32 degree heat and beginning to start exploring Cairo, Eygpt, you are pleased as you sip your lemonade in the shade. Content with the day so far, you take it slow as sink into the grass on Al-Azhar park. You don’t know if it’s the sun beating down on oiled skin, the hubbub of equally happy visitors or the lingering smell of Simit, a bread made with poppy seeds from the nearby Cairene restaurant to the side of park, but Cairo is alive.

You realise with your eyes closed and your head in the soft grass, that despite being in a city with thousands of year of history, you could be anywhere. The delights of the fresh fruit markets always taste different when on a city adventure, hoping to meet the local and capture the essence of Cairene life. As you walk to the road back, your mouth waters as smells from the cart selling ful, a spiced bean stew.

Arriving in the capital of the ancient kingdom of Judah , Jerusalem, you can understand why it is called “city of peace”. Not only is Jerusalem home to Temple Mount, Wailing Wall but also the Al-Aqsa. Steeped in religious history, every stone in the roads of Jerusalem has a story. The street food adds a new layer to the city, with traditional food like falafel, Tahini, salads and of course, hummus.

You take off your hat as you walk along the Via Dolorosa, retracing the steps of millions before you. The shade is a greeted like an old friend and it gives you much needed repsite from the heat. You look around and see rows of market stalls, many selling Israeli salad. The people gather in all the quarters, many on their own personal pilgrimages – a place with sights and smells of savoury pastry called borekas and knaffi, a sweet party from the stalls nearby.

Donkey carts potter about and move around the city, as the call to prayer bounce off buildings rhythmically five times a day. The people make the air close to the ground dusty as they walk to the mosque in Old Gaza City, a building built by the Mamluks in the 14th century.

You start at the At the Jaffa Port is part of the old city and is a fishing port and cultural centre, the coastline is sharp and beaches flow into the sea, greeting one another like an old friend, the fish dishes are the freshest here. On the walk, you see colours of the spices and chatter of the people, the Carmel Market is a hub of activity and life. Street food is healthy and packed with flavour, the salad and the falafels, each as delicious as the last.

As you approach the ‘Non-Stop City’, you take in the sights of the fabulous Bauhaus architecture and walk through the buzzing scene. At the end of your adventure to the centre you enjoy, some pita and hummus.

The Hummus Route, written by Ariel Rosenthal, Orly Peli-Bronshtein and Dan Alexander is a celebration and amalgamation of different cultures, cities and dreams. This multicultural adventure is a utopian story filled with art, food and happiness.

A joint journey across the Middle Eastern hummus route culminated in this groundbreaking art and cookbook. Throughout the publication are photographs capturing street life at its rawest. The three men explore life and their shared love chickpeas as they discover streets and alleyways of Middle Eastern hummus hubs.

If you want have your own hummus-filled adventure, as of May 22 Efendi Hotel, one of Israel’s boutique luxury hotel in Akko has reopened. The 12 bedroom property overlooks historic city walls and the Mediterranean Sea and joins two ancient houses that have hundreds of years of history stored within their walls.

If you enjoyed this article, why not check out, Pooka See Me 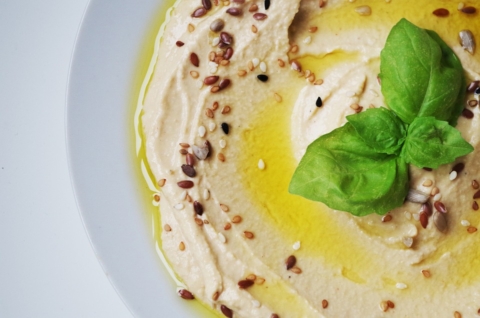 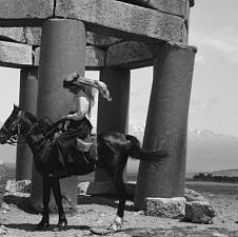