Gertrude Bell: does this name mean anything to you? We didn’t think so, and neither did the producers of this film. Unlike her friend and colleague Lawrence of Arabia, her name isn’t a household name. Bell holds an almost unparalleled place within the foundation of modern day Iraq, and this is precisely what this documentary seeks to establish. Letters from Baghdad is a timely expression of the luminosity of the Middle East, and an attempt to rewrite the mistaken history of the region. It tells the story of Gertrude Bell (voiced by Tilda Swinton) and her place within it. However, rather than being structured around her achievements (like the 2015 biopic Queen of Arabia) this film looks at the woman behind the historical figure, through her letters and hundreds of hours of unseen footage.

Bell has been called the most powerful woman in the British Empire, ‘the lady’ and the female Lawrence of Arabia. Although this last title succeeds in giving us a general introduction to the woman, it fails in accurately understanding her legacy. She was the first female to graduate from Oxford with a First Class honours and was subsequently sent east to sand off her polite Oxford manner. Friends and acquaintances write that she really wasn’t much like a woman at all; this is partly why she stands as an idol for woman today. She travelled widely in Arabia, quickly becoming fluent in Arabic and Persian. Understanding that she was capable of great things, the British army recruited her as an operative: what followed was an unprecedented rise to the inner core of the all-male sanctum.

Among her greatest achievements are the founding of the Iraq Museum (once destroyed in the 2003 American invasion), the installation of the first King of Iraq and the drawing of Iraq’s boarders. The film functions as a shocking take of the possible dangers of colonialism. The polite and temperate Iraq of Bell’s age has been layered over countless times with stone debris and the bones of its monuments. She helped instil a culture and national identity still present in the minds of Iraqis today, but one that is no longer physically present. In such a way, it can be read as a conflict between the gentle yet firm hands of a powerful-but-kind woman, and the destructive nature of the plundering Western man; both colonial, both at arms-length.

Check out the trailer here. If you want to see the film you can find it at Picturehouse Cinemas and Curzon Soho. 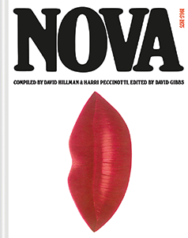