By December 2014, The Heygate Estate will be demolished. Its 3000 inhabitants will have been rehoused as far afield as Birmingham, with most scattered around the peripheral boroughs of Greater London. For those who grew up within the estate, their homes, and the memories that are locked within them, will be gone forever. The demolition of this particular estate has been lauded as much needed urban regeneration. The legitimacy of that statement is questionable but of greater importance is the attitude that we have to such a number of affordable housing units being replaced. It is not something that should be taken lightly. Post-2011 a lot has been made of the causation behind the social unrest of that summer. It seems to me that there is an undeniable social-economic current forcing low-income families from Central London. Whether legitimate or otherwise, it is perceived to be the agenda of the government to do so. This perception manifests itself as the ultimate patriarchal betrayal. These families, and most importantly, the children within them, are tacitly learning that they not only lack opportunity moving forward but that they were never good enough to begin with. Last winter I visited with one of the last remaining residents in Heygate Estate. After our meeting it occurred to me that I may never have a chance to explore the complex again and, with my camera tucked safely under my coat, began to wander. I have grown up in South London and lived in the neighboring Cotton Garden Estate for several years. But against my better nature, and the bulk of the research I had done, I was somewhat nervous. I expected to find some evidence of vagrancy. I expected to find significant evidence of drug use in the now derelict units. And I expected to be ejected by security patrols fairly quickly. Perhaps it was simply the regenerative power of the snow that had fallen the day before, but I found none of these things. I found a series of plaintive farewells and epitaphs scrawled across the tenement walls. Long before the last residents had been successfully evicted, Southwark Council ceased any maintenance efforts on the estate. This is now considered by many to be a failure to uphold the social contract. It certainly drummed up public approval in regards to its eventual demolition as it gradually fell into disrepair. Thankfully, via the law of unintended consequences, it allowed an incredible social document to emerge. Four years worth of sentiment was evident on the walls and doors of the buildings. And it was abundantly clear, that while there was anger, confusion and even humour at times, the final, resounding and abiding sentiment was that of loss. As I left via the central communal garden, I encountered a shrine that had been erected in the form of a living room set. Around me stood the boarded fronts of low rises and the barbed wire fenced sky-walks, leading to the slab blocks. The furniture was moulding and the acrylic lifting from the paintings that adorned the low fence at its periphery. It was a fading tribute, much like everything I had encountered, to humanity and belonging. We do not feel affection for a place due to the grandeur of its trappings. I have responded to what I found in the overlaid text. It is not in the splendid and the magnificent that we keep our most tangible memories of home, but in the mundane. 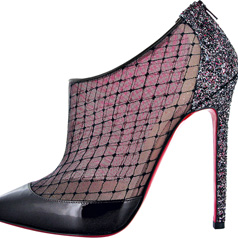 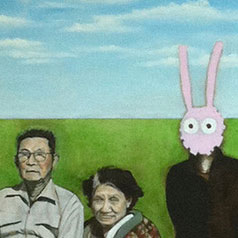