Data, science, space and maths are, unfortunately, subjects usually only associated with men. However, it may not come as a shock that there are many women that have made huge contributions to these fields yet have been largely overlooked by the history books.

Now, information designer, Giorgia Lupi, has partnered with & Other Stories to honour three hugely influential women in science, bringing to light exactly how they changed the course of history.

The co-lab features a curated collection of twelve ready-to-wear items and split into three categories: The Mathematician, The Conservationist and The Astronaut. Each category represents each incredible woman and has its own unique pattern, made entirely from collected data about their lives, ideas and careers.

Lupi, who works with data every day, explains that data is so often misunderstood in the modern world. She argues that, far from being a scary concept, it is simply the representation of human life. It is, in Lupi’s words, “an abstraction of reality created because we can’t store life on a hard drive”.

Lupi brings this idea to life with this collection, expertly turning the inhuman, numerical and cold world of data into a beautifully told story. By doing so she creates a brand-new way of storytelling, which for & Other Stories, a brand dedicated to expressing stories through fashion, is a perfect fit.

The first of Lupi’s inspirations is Ada Lovelace, thought to be the first person to envisage the true potential of the computer. The Mathematician of the series is largely credited with creating the algorithm and loop that still makes our computers work today. Unlike her male peers, Lovelace saw past the number crunching and calculation possibilities of the computer and pondered whether numbers could actually represent something far more than just quantity. This idea was essential in the transition from calculation to computation.

Central to Lupi’s design is a visual representation of the first algorithm that Ada designed. The colourful and geometric pattern illustrates the mathematical structure of her algorithm that enabled a machine to manipulate, not only numbers, but symbols that represented everything from musical notes to letters to moving images. The pattern is, rather appropriately, intricate and complex. Biographical information is hidden within the design which means, like a computer, we must interpret the symbols ourselves, using a legend diagram available on the & Other Stories website.

The second woman of the series is Rachel Carson: The Conservationist. Carson is thought to be one of the first ever environmental activists. Her book, Silent Spring, was published in 1962 and is considered to be the first contribution to literature wholly concerned with environmental issues. This work was instrumental in creating a culture that is aware of their impact on the planet, paving the way for the activism we see today.

To embody Carson’s achievements, Lupi analysed the seventeen chapters of this monumental book and, using this data, created a representation of the work, in which, every element represents a chapter and every line represents a paragraph. She also created a colour coding system which reveals the most used words of the chapter, for example, pink relates to the word ‘chemical’ and turquoise relates to ‘bird’. Again, to understand the intricacies of the design you must view the accompanying diagram.

Lastly, but certainly not least, The Astronaut is dedicated to the wonderful Mae Jemison. The data-derived pattern used for this design is representative of Jemison’s landmark mission, Endeavor, which saw her become the first African American woman in space. Jemison is a woman that was always destined for greatness. She excelled in science from a very young age which, together with her inspirational optimism and lease for life, led her to the very top of her field, making history in the process.

Lupi’s design pays tribute to this huge achievement, depicting 126 representations of the 126 orbits Jemison completed around the earth as part of her mission. Of course, Lupi goes further, with added symbols representing the various experiments Jemison performed during the mission and even colour patterns that indicate the time of day she was up, as illustrated on the appropriate diagram. By visualising where the sun was positioned in the sky during each day, Lupi creates an illustration of how Jemison saw the sky above her. Data can’t get more beautifully human than that.

Giorgia Lupi and & Other Stories have produced this collection with innovation and human life in mind. Data is a controversial subject and seems to infiltrate every aspect of the modern world, whether we consent to it or not. To create a new way of looking at this abstract entity can only be a positive thing in these uncertain times. And to learn about three leading women of science in the process, what more can you ask for?

The Giorgia Lupi co-lab collection was launched in Regent Street, London & Other Stories’ store and on stories.com on November 7, 2019. 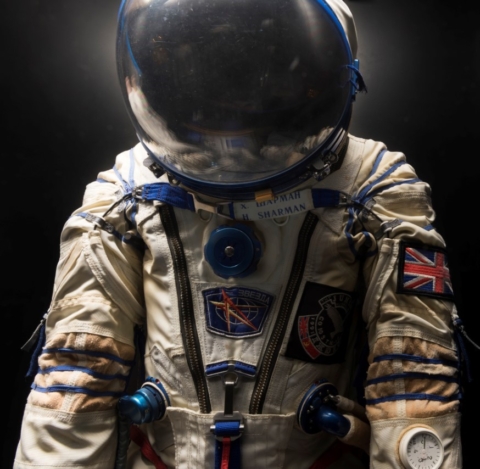 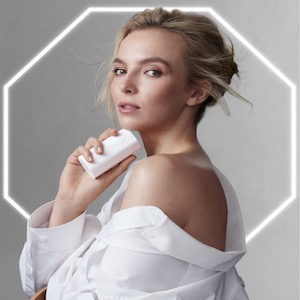