Sexy and slightly scary, literature’s most famous fictional figures are the ones that are just as irresistible to the readers as they are to their surrounding characters. Since the early days of story-telling, writers have been fascinated with these beautiful and amoral characters. Here are a few iconic heartbreakers that remind us why we cannot stay away from the rakes in our lives.

One of the earliest examples is classical warrior/womaniser Odysseus whose journey back to his family from the Trojan War is the subject matter of Homer’s oral poem The Odyssey. As the hero’s faithful wife Penelope waits for his return, Odysseus is confronted by deadly villains, some of whom he sleeps with, continuously…for numerous years. His love for his wife apparently never falters and, ultimately, his passion to see his family drives him to finally reach his home island of Ithaca.

Don Juan is another legendary literary rake. He first appears in the Spanish 1630 play called The Trickster of Seville and the Stone Guest by Tirso de Molina but continues to make appearances throughout history as an archetypical lovable vagrant. He is perhaps the mould in which many of fiction’s playboys have been formed, which thus makes him an incredibly important creative creation.

In 1782, Les Liaisons dangereuses by Pierre Choderlos de Laclos was published. Adapted into the 1980s Oscar nominated film Dangerous Liasons, the novel was a scandalous affair which documented the aloof manipulations of aristocrat lovers. Written in letter format, the novel’s primary characters are the Vicomte de Valmont and the Marquise de Merteuil who seem to take (lustful) pleasure from corrupting the innocents around them.

In a bombastic and hedonistic setting, The Beautiful and the Damned by F. Scott Fitzgerald features Gloria Gilbert as a main character, a beautiful woman whose hobbies include frequenting and breaking the hearts of numerous men in upper-middle class boredom. This charming character is nonetheless tragic because she cannot appreciate her worth past her physical beauty. Fitzgerald’s more famous novel The Great Gatsby has a toned down version in the character of Jordan Baker, an apathetic woman whose blasé nature attracts the narrator Nick Caraway but ultimately repulses him as he begins to acknowledge the ugliness of New York’s new money society. 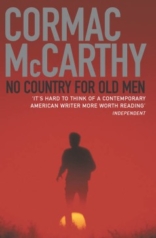