A holiday can feel something slightly overwhelming, the idea of the once a year two-week trip to rest and recuperate in some ways has become a be-all and end-all. Yet travel doesn’t always mean going that far or with that much cost. Traveling for only a couple of hours can take you to the most rewarding of places, even leaving the shores of the UK. With so many airports offering low-cost fares, there is no real reason to keep it to a once a year jaunt. A weekend or 5-day trip somewhere a couple of hours’ worth of journeying is as powerful a break as a week at a health spa if chosen well.

Take for example traveling from Southend Airport.  Conveniently only just over an hour outside central London (and super convenient for those in the east of the country). It is a great step-off point for smaller European cities and countryside trips, to areas maybe not as known as bigger flasher destinations but so worth delving into the opportunities available. There are some real bonuses to airports such a Southend. Firstly, with them being SO much smaller than the big international airports going through the whole process is so much quicker and therefore far less stressful, but then there is the added option of what to do once you have passed through all the passport and security, which is super quick and easy. One other thought, don’t fancy the early start? spend the night before at the Holiday Inn which is about 3 minutes walk away from the airport.

How about starting your break with a touch of luxury before you even step foot on the plane? Two noteworthy stop-off points at Southend airport are

The first-class lounge and the Spa. The lounge called the skyline is open daily between 04:15am and 19:00pm and offers an escape from the general airport space. Read from a selection of printed materials, from daily newspapers to periodicals there is space to lounge in comfortable seating. Should you be peckish there is a good selection of complimentary snacks (breakfast lunch and evening snacks including provisions for gluten-free, lactose intolerant, vegetarian and vegan needs) available and drinks. There is also a bar as well as plenty of spaces should you actually need to work (it’s a great airport for European work trips too). So there is, of course, unlimited free Wi-Fi access.

You can book the SKYLIFE Lounge in advance online, by email or by telephone. Book online

So waiting out the call of your flight here is pleasant enough but should you want to get into the holiday spirit earlier than your arrival in sunny sands or snowy slopes, should you feel you need a little more luxury, what about an easy trip to the beauty spa. Take a quick trip to Ruub’ys. Choose from a range of 15-minute or 30-minute treatments, with a large range on offers such as manicures, pedicures, hair styling, waxing, makeup, massages and more.

Bookable every day of the week between 4.30am and 7.30pm, there is a team at hand. Bookings can be made beforehand or book an appointment you get to the airport. Whichever you choose to do, a little beauty fix-up before your holiday can’t help but relax you further and get you more in the mood.

So you are prepped and rested and ready for your extra holiday, what about Caen in the Normandy area of France. Caen is one of those west coast French cities heavily damaged in the second world war, yet it is also steeped in history having been the home city of William the Conqueror and his wife Matilda. A seaside town yet Caen is surrounded by much greenery, as well as an array of places to visit. A historical city in lower Normandy known in the last century for its connection to the Normandy landings in the second world war, but in fact, the area has so much more to experience than that part of its history. It in fact dates back to the middle ages and the life of William the Conqueror.

Starting out there is château’s de Caen, where William lived and which stood until the French Revolution, now sadly only made up of a scattering historical fragments. There are compelling fragments remaining, like the foundations of the residence, as well as the walls and two formidable gatehouses, which are still standing.

The town itself is built between two abbeys. The Abbey of Saint-Étienne, also known as Abbaye aux Hommes (“Men’s Abbey”) and the Abbaye aux Dames (“Ladies’ Abbey”), former Benedictine monastery. Founded in 1063[ by William the Conqueror  again, for him and his wife Matilda of Flanders (established this abbey in 1063 ) and is one of the most important Romanesque buildings in Normandy.  Both have fascinating histories as chapels but also being used as schools and hospitals through various times in history. Both Matilda and William have their tombs inside each abbey as an added benefit. The are is as well known for this as it is for the Normandy landings of world war two. Mémorial de Caen, founded in 1988, is the museum of the area which covers the build-up to WW2, the French occupation, holocaust and then the post-war era. Read an in-depth piece about the museum here

The beach at Caen so associated with the DD landings, but is a beautiful expanse of white sands, grassy layered levels that lead down to soft white beaches and crashing clean waves. Dotted with picture-postcard wooden beach huts which have numerous water sports activities on offer for holidaymakers, its Grand Hotel, and its Casino.

The tourist board at Caen have been very dignified in their approach to the WW2 history of the beaches and offer an extremely clever and modern addition to their tours. Buy an Umbrella Tour from the main office at the seaside. This interactive umbrella and earphones set is a walking tour of the town. However, rather than a dry talk though of historical sites it gives a voice-over from locals who were (many of them children at the time) talking of their experience of having the Germans living in their town. The talk takes you to side streets and past people’s homes whilst the soundtrack gives a personal emotive experience. No dry history here but a wonderful legacy that helps to paint a real sense of this part of France under the Nazi occupation. Voices lead you on a walking tour which is GPS sensitive and explains what was going on places you get to walk past. The voice-over leads you forward towards places where locals explain what that particular street or building meant to them at the time the Germans were in power.  The clever use of GPS technologies stops you getting lost as it tracks the footsteps you take (several languages are available).

Next is the Musée des Beaux-Arts de Caen.  From the 14th century to the present day, around 350 paintings provide a complete overview of European painting. From French Italian Dutch and Flemish art starting out at from the 1300s all the way to the present day. This is an extremely important art museum in France and lesser-known than so many in more famous cities. Delightful renaissance and baroque images are on show, including works by Nicolas Poussin and Rubens, alongside Italian masters like Veronese and Tintoretto. The 16th and 17th century pieces include Perugino, Veronese, Tintoretto, Poussin, Champaigne, Rubens and Ruysdael; for the 18th century, see Boucher, Rigaud and Tiepolo; for the 19th century, Romantic and Realist painters such as Courbet, Delacroix and Géricault, Impressionists like Monet and Boudin; then Cubists and contemporaries such as Braque, Dufy and Soulages.  After the internal galleries finish off the visit in the newly erected wing and then walk in the sculpture park and view masterpieces by Rodin, Bourdelle, Marta Pan, Huang Yong Ping and Alain Kirili. Walking is a big thing to do in Caen, it’s very picturesque, but it’s worth remembering that as much of it was destroyed in the second world war. There is in fact little in the way of historical building as you may expect from other medieval French towns nearby.  However, keep your eyes open for the infamous timber-framed houses as there still are two that can be seen. Or go to the Church of Saint-Pierre as very nearby is the Maison des Quatrans, with timber and daub on a stone base, it’s the oldest house in the city and was built by a rich tanner. Also, go to 52 and 54 Rue Saint-Pierre is a pair of four-storey 15th-century colombage houses, both anchored by high street shops but with fabulous carvings in their timbers.  This style of house building was actually banned in 1524 as even then it was considered a fire hazard. However, if you are a fan of past historical areas then head to the old town of Caen. The medieval district of Vaugueux is one of the most beautiful parts of the city of Caen made up of local stone houses dating from the Middle Ages.  The Rue du Vaugueux bursts to life in the evenings especially as its narrow cobbled streets are lined with numerous restaurants and bars.   The food is very good here, take for example the P’tit B restaurant. Set in the historic district of Vaugueux, built at the time of William the Conqueror in the 11th century, the space is a blend of exposed beams and typically Norman timber, and modernity with the  Chef Michel having in the past obtained 2 Michelin stars.  Sit inside the cosy space or in good weather sit outside in the narrow walkway and watch the world go by whilst eating delicious local food. There is also the rue Froide which is one of the oldest streets in Caen. On its sides, you will find some small artisanal shops, libraries and gourmet boutiques.  The whole area is a gastronomic wonder. Very much known for both cheese and apples, you can easily be served Apple champagne (cider to us) which is as refined as its grape cousin, or one of three truly local cheeses, Normandy Camembert, The pont-l’évêque, and livarot, and don’t forget the calvados which so aplenty in the region, with a plethora of food and drinks tours and festivals in the area finding hidden secrets like the Normandy scallop fishing region. The area has much in way of activities with something for everyone from history to food to water sports.   Within the vicinity  there is a wonderful sense of pride from locals towards the countries like Britain, USA, Canda and more that helped free them from the Nazi regime, see flags all over the town which brings home to any traveller how important the collaboration with the allies was for the French as the time and how the whole area keeps the memory alive and flourishing.

There is good public transport in the area so going to surrounding towns is easy should you want to delve into more history as its an easy ride and local places to visit include the Belle Époque resort of Cabourg, Daeuville’s racecourse and harbour or Bayeux where the famous tapestry is displayed.

All in all this little area of Normandy has a huge amount to offer for a short trip or even a long lazy (or not so lazy) holiday destination. 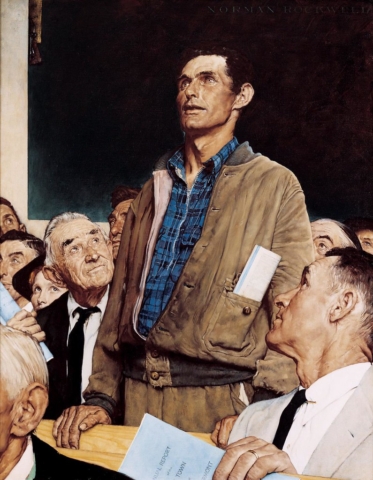