Over centuries artists have used the medium of painting to explore the condition of human freedom.  These ideals tended to be heightened when a country is at war.  The freedom to imagine, create and explore is the core to artistic freedom.

Often emotive but of real importance, it’s worth knowing that some of these artworks have come about via not just personal feelings but a level of what could be perceived as propaganda. Think of some of the Russian constructivist works, very much created to hoodwink the community into following the state line, or to encourage national sentiment at times when governments felt important to have a ‘county on side’.

However, these must not be devalued.  Some works that grew from political standpoints talk of such universal themes that they will go past the ‘political’ messaging and open into the core values and rights that all humans wish for themselves and that need to be universally protected.  One such collection of pictures is American artist Norman Rockwell’s Four Freedoms.

He was what we would refer to now as commercial artist, who was most known for his work with The Saturday Evening Post, creating covers and images for them for over 50 years as well as a long association with the Boy Scouts of America (for whom he painted illustrations, calendars, and covers) and eventually he went on to work for Look magazine.

His work was generally not taken seriously by the art world, never truly receiving critical acclaim because it was felt that his depictions of the American living were saccharine, sentimental and a bit too ‘apple-pie’, an unobtainable sort of nostalgia.  However, as years passed, the importance and credibility of his work has been acknowledged.

His most famous works are a collection of four images commonly referred to as the Four Freedoms, inspired by a speech from then American president Franklin D Roosevelt, who championed human rights.  In his annual State of the Union address, Roosevelt (Jan 1941), when much of Europe was occupied by the Nazi regime, asked the American public to support the war effort.  Roosevelt pitched the belief  ‘to a world founded upon four essential human freedoms’.  This was what would soon become the heart of America’s wartime mission statement and at the same time proclaimed four world values: The artist Rockwell took it upon himself to paint a representation for each of the freedoms and these four images were published in The Saturday Evening Post. Then the original paintings travelled to department stores throughout the country, raising awareness for the public to contribute towards war bonds. They were extrememly successful in raising funds for the war effort and also meant they were well seen by the American public.

Now, these four enigmatic images along with a selection of other works by Rockwell are on show (for the first time out of America ) in the Caen memorial museum  (Mémorial de Caen) in Normandy, as part of the 75th anniversary of the D-Day invasion.

Alongside these is a collection of images including some of his other famous works.  As Rockwell advanced in his career, he included more social comment within his work, coinciding with his work for Look magazine. In these, his later years, which allowed him to paint more serious subjects, Rockwell began receiving more attention as a serious painter.

One example of his more serious work was his works on racism for Look magazine.  On show at the museum is his painting The Problem We All Live With, which dealt with the issue of racial integration. The painting depicts a young black girl, Ruby Bridges, flanked by white federal marshals, walking to school past a wall defaced by racist graffiti. Bridges family were asked to participate in the integration of the New Orleans school system, and the painting marks her first walk to school on her first day at an all-white school after desegregation in New Orleans.

As with all of Rockwell’s paintings, the image does not represent the real Ruby Bridges but a stand-in. He often used his friends and family to stand in for the people he wished to portray. Interestingly when creating work, he would use friends as models give them a pose to stand in and then he would take a photograph and subsequently work with these photographs to form his final painting.

Accompanying the artworks are other artifacts, including the leather jacket worn by the model of the worker for Freedom of Speech, as well as a white dress worn by the little girl who was a model for The Problem We All Live With which is amazingly also on display.

The first section of the exhibition focuses on Rockwell’s paintings during WW2, whilst later works dedicated his time to denouncing racial segregation and reflecting on American society. The exhibition spans the entire period of Rockwell’s work from the 1940s to 1960s.

A truly remarkable slice of history, this exhibition is an expansive, once in a lifetime, opportunity to explore the work of this much-maligned artist. However, more than just this exhibition, the museum itself is remarkable. Caen museum is probably one of the best places in the world to truly discover the horror of war. Especially good on WW2, its depth on content is quite remarkable and deeply moving. The timeline of the exhibits begins at the conclusion of World War I and ends at the fall of the Berlin Wall, giving viewers a much broader sense of the historical impact of not just WW2 the Battle of Normandy but up to modern-day conflicts. The museum puts the events of WW2 and how the conflict unfolded and D-Day in their larger historical context. Primarily the museum is dedicated to the history of the twentieth century and focuses on the fragility of peace.

The WW2 section of the museum is remarkably built around a curving corridor that starts off reasonably light and as one descends, it turns darker as the time period shifts from pre-war to the war horrors, and of the holocaust.  Initially, the walls are lined with photographs illustrating the rise of Nazi power. Moving slowly past each and every exhibit around and down,  it has been created as a representation of being drawn into hell.  The space gets darker,  and the exhibits get more horrific culminating in the biggest section, an overview of the holocaust. Harrowing partly because the simple amount of items on show is astonishing, making it a very real emotional experience.  Posters from government propaganda to film footages of actual battles, the layers of information are endlessly marked on walls and in cabinets. The plethora of items on show stems from general lifestyle artifacts from homes of the time to harrowing clothing badges and other items from the holocaust. All items are presented powerfully yet sensitively.

There’s also a section on the D-Day landings and the Battle of Normandy, which of course is particularly topical seeing as the museum is in the middle of the area that was utilised for the landings. The building was erected on the site of a blockhouse used by German troops during the WW2. It all began when a man, who had lived through the allied bombings in Caen and had later become mayor, Jean-Marie Girault,  decided to create a different kind of museum.  Opened officially on 6 June 1988, he always said he

“knew the price of freedom”.

In the vast open lobby, where a bookshop, library, cafe, children’s play area are held, hangs a 1941 Hawker Typhoon used by the RAF from the ceiling.

Flags of the main nations involved in the Battle of Normandy adorn the front entrance, with the vast rectangular space having been created by architect Jacques Millet.  The entrance to the museum is through a small door in a long flat facade, which symbolizes the allies’ breach of the “impregnable” Nazi Atlantic Wall. Chiselled in French across the local stone facade is  the verse:

“The pain broke me, the fraternity relieved me, of my wound sprang a river of freedom” (sentence by Paul Dorey, a local poet who speaks in the name of Normandy) There are three memorial tranquil gardens, which commemorate the allied forces and wordlessly illustrate the ideal of peace. The American Garden, The British Garden and the Canadian Garden were dedicated to the three main allied nations involved in liberating France, and the bunker which has been opened up as part of the museum is dedicated to the ongoing movement for peace. It includes a gallery of Nobel Peace Prizes, celebrating such figures as Andrei Sakharov, Elie Wiesel and Desmond Tutu.

A new wing added in 2002 houses exhibits on the Cold War, the fall of the Berlin Wall, the development of the atomic bomb and the attacks of September 11, 2001. The Caen Memorial was the first museum outside of the United States to display artifacts from 9/11. The museum offers tours for students from local schools and has audio-packs for visitors with one great advantage being  the use of the ticket on a second day because there is simply so much to see; even the museum realises it may not be possible to see it all on a one day visit (hold on to your ticket and visit and finish the tour off the next day).

Mémorial de Caen is related to D-Day. This is the only museum in the Normandy region that gives visitors an opportunity to learn so much about the Normandy landings from the perspective of both sides in the war, with incredibly detailed accounts of the 100-day campaign afterward.  The museum also runs daily, eight-person minivan guided tours of the D-Day beaches, which begin at the museum or the Caen train station.

“In the future days, which we seek to make secure, we look forward to a world founded upon four essential human freedoms.
The first is freedom of speech and expression—everywhere in the world.
The second is freedom of every person to worship God in his own way—everywhere in the world.
The third is freedom from want—which, translated into world terms, means economic understandings which will secure to every nation a healthy peacetime life for its inhabitants—everywhere in the world.
The fourth is freedom from fear—which, translated into world terms, means a world-wide reduction of armaments to such a point and in such a thorough fashion that no nation will be in a position to commit an act of physical aggression against any neighbor—anywhere in the world.
That is no vision of a distant millennium. It is a definite basis for a kind of world attainable in our own time and generation. That kind of world is the very antithesis of the so-called new order of tyranny which the dictators seek to create with the crash of a bomb.”

The show, Enduring Ideals: Rockwell, Roosevelt, and the Four Freedoms, From June 7 to October 27, 2019 at the Museum of Fine Arts in Caen in Normandy as part of the 75th anniversary of the D-Day invasion on June 6, 75 years ago.

Find out more about the museum and the exhibition here www.memorial-caen.fr 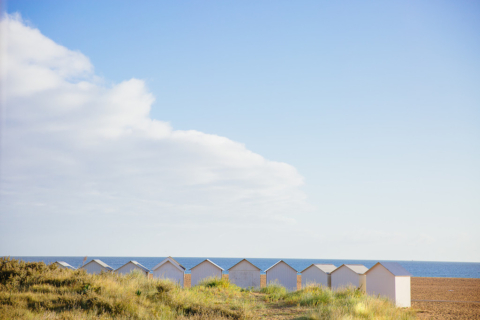 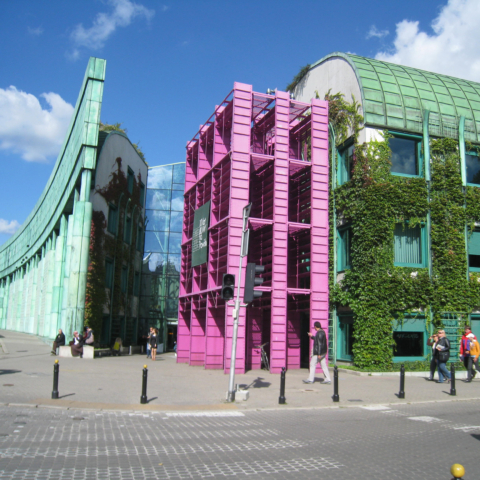