Poly Styrene: I am a Cliché is a beautiful documentary about the punk icon, Poly Styrene. Made by her daughter, Celest Bell, it recounts the journey of the singer. Learn all about this beautiful love letter, from a daughter to her late mother, with our article Mum, you’re an icon, not a cliché.

Mother-Daughter relationships are complicated. Celeste Bell opens her documentary about her mum with this line “My mother was a punk icon“. People often ask me if she was a good mum. It’s hard to know what to say”.

With the documentary, Celest answers the question of who was Marianne Joan Elliott-Said, known as the punk icon Poly Styrene. Lead singer of the band X-Ray Spex, Poly Styrene was described as one of the most interesting songwriters from the ’80s till her latest project. She achieved a lot, and by her style, voice, and persona, she quickly earned the title of Icon. Marianne, who unfortunately died in 2011 from breast cancer, left behind her a legacy that to this day still resonates for many. A legacy for women, punk, fashion, music, art, and life in general; leaving a huge heritage behind her.

So how do you pay a tribute to someone who had such an impact on others’ life, while being authentic and true to the very person she was?

It took more than 5 years for Celest, to be able to look at her mother’s belonging after her death. But it’s without a doubt that those five years nourished the desire of sharing her mum’s story. Using archives, pictures, videos, newspapers, from the success of her mum, the documentary feels authentic and will make the audience feel like they know who Marianne was.

From Marianne Joan Elliott-Said’s childhood in Bromley, her early success with her band X-Ray Spex in London, how New York deeply affected her, and what seemed like heaven in India, but was just a mirage at the time for her, Marianne’s life was a real journey.

Throughout her entire life, people tried to label her. But she was a true hybrid and always blurred the lines. British and Somalian at the same time. White and Black at the same time. A punk icon who dreamt of a simple life. Famous and broke. A shopaholic that fought capitalism. Marianne and Poly Styrene, at the same time.

Society likes to put us in cases, and she couldn’t be in both at the same time. Therefore she was forced to make choices. But how do you make a choice, when it’s the essence of your identity to be both?

Because she didn’t belong anywhere, she made her own place. And being a punk is to be an outsider, and it’s was what she was. But it’s not an easy thing to do when you are a woman, of color, in a white men’s world. She faced it all, the beautiful and the ugly. Racism, fame, sexism, marriage, mental illness, traveling the world, being a mum. Her story is as beautiful, as it is harrowing.

Celest, that narrated the documentary, pays a beautiful tribute to her late mother. Poly Styrene: I Am A Cliché will be released virtually nationwide on the 5th of March. Here a link where you can watch it.

If you enjoyed reading Mum, you’re an icon, not a cliché you might also enjoy reading other articles like Less Morbid, More Legacy or Press Pause. 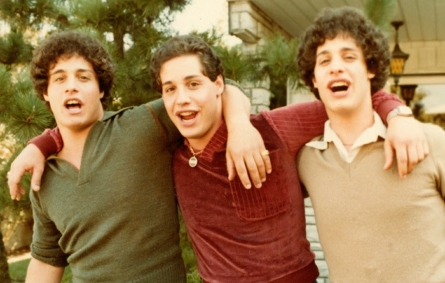