Music is one of the fields where artists explore their experimental spirit. Over time, music has taken influence from different genres, bringing them together to create a hybrid of both. In today’s society, this music metamorphosis has become so vast and varied that one may struggle to categorize the style or even type of music, the inspiration, and genres have become so mixed. So in our article here ‘Music Metamorphosis’, we look at just a handful of past heroes and new artists that have used a far more mixed approach to their works to take you on a journey from the golden age of Jazz to Electronic Punkall the way to some new artists mixing it up.

A good starting point to begin the story of hybrid music is how jazz came about. In cities with very ethnically mixed communities, ultimately jazz music was the coming together of African music with other cultural sounds around the city from Irish jigs to Klezmer from the Jewish community. It is the perfect early example of hybrid music.

Some musicians devoted themselves to Jazz Rock in that era, which is a derivative genre in the progress of Jazz Fusion. The Soft Machine is a representative English Rock band in this field. In 1969, their second album Volume Two marked their transition towards Jazz Rock. And you could recognize the soul of Jazz in the following song ‘Thank You Pierrot Lunaire/Have You Ever Bean Green?‘.

Another great example of hybridizing music with the fundament of jazz is the jazz poet Gil Scott Heron, who notably got his nickname (the jazz poet) because he bought together spoken poetry over jazz and funk music. ‘Revolution Will Not Be Televised‘ is one from Heron’s album in 1971  Pieces of a Man, which was recognised as an important political song at that time.

As technology progressed, music became digital, with Stevie Wonder becoming one of the early adopters of this new technology, recording his album ‘Journey Through The Secret Life of Plants’ in 1979. And in Stevie Wonder’s later music works, he showed his adherent attitude towards utilizing advanced technology.

The 1970s was considered a great period for country-rock music as well. Country music is a music style that people sometimes consider hard to imagine to be combined with other genres. However, from the 1960s, musicians started to produce country music with other genres. Bands such as The Beatles, musicians like Bob Dylan, all have done great pioneer works to push the expansion of country-rock.

Pure Prairie League is an American country-rock band formed in the peak time of country-rock. Their Album Bustin’ Out was described as “an album that is unequalled in country-rock” by Allmusic critic Richard Foss.

During the 1980s, the craze of hip-hop music and dance music was sweeping the world. Meanwhile, this era was also regarded as an important decade of the development of rock music. Musicians and producers have managed to combine the ‘old’ and ‘new’ into their music. Here ‘old’ can be classic music styles or mature music form in the early stage such as funk music. And the same, ‘new’ refers to not only the new music style but can be new technology.

Founded in 1983, American hip-pop band RUN DMC is a successful band in rap-rock. With their second album ‘King of Rock’, RUN DMC’s achievement in crossover two genres together was unshakable at that time. After 1986, RUN DMC was one of the great influencers to push rap-rock into the mainstream era.

In 1984, Malcolm McLaren the godfather of punk music was looking at new ideas did a mix of opera and electronic music single named ‘Madame Butterfly’. This innovative association makes the old and new complement each other. He utilized a part of the aria (aria a musical composition in opera, which is a solo voice without instrumental accompaniment at the same time) from the classic opera play Madame Butterfly by Giacomo Puccini and combined it with spoken words and dance beats.

With a large number of new music forms and technologies emerging in the 1980s, jazz was still a powerful music style that inspired the musicians in the 1990s. As a virtual part of the history of jazz, funk is fuelled with more beats in this period, hence, bring it closer to a modern culture that stressed groove and rhythm. Hip-hop band Outkast in this era is very good at using funk music to provide beats to their rap. ‘Funkin Around‘, as the name indicated, this song has a strong sense of funking while rapping is the core.

Music has metamorphosized over the years due to the hybrid of different genres, allowing for something completely new, or in most modern cases, undefinable. Today’s musicians and producers source inspiration from a plethora of genres that create something that develops more of a general mood, than that of a genre. Many musicians even said that they can hardly agree with the idea that identifies some musical fusions by one or two words to create a new concept of music, which they think is limited. This attitude does help musicians to break the boundaries and produce multivariate music losing the bound of music types.

An excellent instance here is Serpentwithfeet, who should be nominated here regarding his experimental concept towards music production. His new album Deacon gives the audience a strong underlined element of R&B, his tender voice with rhythmic beats delivers high-quality textural music.

In the realm of electronic music, sampling enhances the possibility of creation. This approach inspired many musicians to rework the traditional music giving it a new lease of life. In the 2019’s Tomorrowland (EDM Festival), Dirk Brossé conducted Metropole Academy Orchestra and with FISHER DJ’ing at the same time. Dancing with the orchestra is not a familiar scene in the club or theatre. Fisher made things peculiar as he applied the uniqueness of the instrument’s timbre. Here is the video of ‘Losing It‘ in Tomorrowland 2019.

Japanese rock band go!go!vanillas did a great example of contemporary hybrid music as well. By adding the traditional instrument Banjo into J-Rock, ‘We are go!’ is a piece of lively absolute music out of ordinary.

The other one on our recommendation list is ‘Echoes’ by Alberto Braido. Alberto is a young talented musician from Italy. Echoes is one of the outstanding music works from his album Riverberazioni. As a contemporary artist, he is good at ambient music which delivers a diverse sensorial feel to the audience based on a solid foundation of sound and speech analysis.

Electronic music is a splendid media for artists to illustrate hybrid in their music. With the distinct tone of multiple synthesizers, artists use this advantage as the base and later on added lyrics into songs.

Sylvan Esso is a talented contemporary synth-pop duo. You may find their works aren’t totally genre-bending, although could realize there is something more apart from synth-pop in their music.

Apart from the mix up of music styles, sometimes a hybrid of genres can also encounter that music with retrospective attitude and new musical approach of presentation. For example, White Rooms and People is a song by UK based electronic punk band Working Men’s Club. In this song, you may feel the familiarity of Kraftwerk or New Order. However, the Working Men’s Club’s way of expression gives this song a new soma with the blood of reminiscence.

Apart from all these hybrid music works above, musicians’ attempt in hybrid music is far more dynamic. The concept of hybrid ensouled music and push the creative process forward. Enjoy your music time while exploring the more surprising combination of music forms.

With special thanks to Jordan Grobe 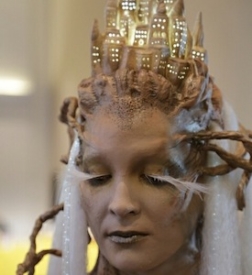 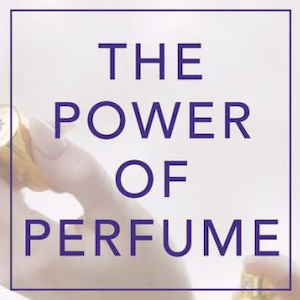