London Craft Week is less than a month away. The self-proclaimed “response to a renaissance in the appreciation of creativity and craft” is now in its third edition – showcasing the very best in British and international craftsmanship and design. In the run-up to this, and as our theme for April is ‘Natural’, we thought we would consider William Morris (1834 – 1896): “Britain’s most inspiring designer”.

Morris (along with John Ruskin) is credited with founding the ‘Arts & Crafts’ Movement. One of the most influential movements for designers today, it was a rebellion against over-elaborate design and the dehumanisation of workers in society in the wake of the Industrial Revolution. Early Karl Marx, Medievalism and optimism resonate through Morris’s work – the floral pattern synonymous with his name. In 1859, Morris commissioned Philip Webb to design a new home for him on the outskirts of London, at Bexleyheath. Upon completion, Morris couldn’t find any worthy textiles to furnish the ‘Red House’, so he chose to furnish it himself. This heralded the founding of what would become known as ‘Morris & Co.’ – a design firm with friends Edward Burne-Jones, Dante Gabriel Rossetti and Philip Webb. Horrified by the increase of mass-production and the use of the machine in art, these artists rebelled against the status quo, drawing on traditional craftsmanship and design, creating art “by the people, for the people”.

Sadly, Morris’s socialist ideals never materialised within his lifetime. The handmade, handcrafted nature of his designs meant that only the middle and upper classes could afford them. The social class attached to his work remains today to a certain extent, with brands such as Ted Baker, Laura Ashley and Habitat drawing much influence from him. Additionally, the prominent society designer and Morris champion, Ben Pentreath, was chosen by the Duchess of Cambridge to redecorate the royal residence of Anmer Hall in Norfolk.

Morris’s designs can be seen at the William Morris Gallery in Walthamstow, London. It is the only public art gallery devoted to the works of the master of Britishness. The grade II listed building was the family home of Morris from 1848 – 1856 and is an excellent example of Georgian domestic architecture. Today, the gallery hosts exhibitions by those who worked under Morris, or those influenced by him. Sheer Pleasure – Frank Brangwyn and the Art of Japan

Until May 14th the work of Frank Brangwyn (1867-1956) and others will be exhibited, celebrating his 150th anniversary. Artist-craftsman, polymath and fellow socialist, Brangwyn worked as an apprentice at the Morris workshop, learning the crafts of furniture design, mural painting, stain-glass making and water-colouring among other things. His work features an individual identity, removed from the quintessentially British nature of Morris and his imitators which we have become accustomed to.

He was the last giant of the ‘Arts & Crafts’ Movement, following the belief of creating “art for all”. In his quest to do so, he integrated Japanese and Western art, but largely removed himself from pure design, moving towards illustrative work. The work in this exhibition focuses on traditional Japanese woodblock printing techniques. The fusion of cultures that Brangwyn espouses marks this exhibition with cultural relevance. Amidst growing fears and practices of racism and Islamophobia, the work stands in clear defiance of exclusionism, promoting multiculturalism and integration through design. Once a household name, he has fallen somewhat out of the public eye. His art demands revisiting in the current socio-political climate, reminding us of the natural, and to focus on art for art’s sake and nature’s intrinsic place within it.

Featured alongside the exhibition is the work of Rebecca Salter RA, who studied at the Kyoto City University of the Arts and lived in Japan for six years. She follows Morris’s affinity for handmade and traditional arts. In this way, she has devoted her career to protecting and promoting the endangered craft of Japanese woodblock printing. Her prints take the craft itself as subject, focusing on the art of the process. In this way, her minimal and thoughtful prints can be read as votive works, needing no figurative element to detract from the ritual act of traditional craftsmanship. London Craft Week runs from the 3 – 7 May and the Sheer Pleasure exhibition runs until May 14. 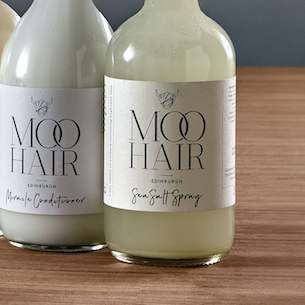