On the 7th of September, the first London Design Biennale will open at Somerset House with 37 countries and territories participating. The theme of the Biennale is “Utopia by Design” and it celebrates the 500th anniversary of the publication of Sir Thomas More’s classic, Utopia (1516).

The newest works of world-leading architects, designers, scientists, writers and artists will be presented and visitors have the chance to explore several exhibitions, digital installations and performances. Designers around the world are also addressing a number of universal issues such as migration, conflict, pollution, energy, cities, technological innovation and social equality. Every country participating is represented by a leading institution, museum or organization.

According to the director of the London Design Biennale Dr Christopher Turner, the aim of the event is “to engage with some of the most fundamental issues faced by humanity today” and to question how the imaginations of designers will transform our future world.

Here is a preview of some of the countries projects and installations at this years’s London Design Biennale:

Indonesia: Indonesia’s installation is inspired by a utopian enterprise from the middle of the 20th century: the 1955 Asian-African Conference in Bandung, where the peace promotion “The Bandung Charter” was declared. It seems like a utopia for the present world and influenced by that, “Freedome” is a bell-curved dome made of staffs and orbs. The aim is to create an “open satellite” as an imagined universal communication tool for transmitting information without political standpoints. The installation also looks back and imagines an alternative society and history where the vision of a utopia was realised, but it also wonders how some of the values and dreams might be incorporated in the future. Israel: The Shenkar College of Engineering, Design and Art represents Israel at the London Design Biennale and will show two outstanding final projects of graduates from the Industrial Design Department called “Touch One”. This installation combines innovation, technology and design and focuses on how it can answer social need and influence society in a positive way. Japan: “A Journey Around the Neighbourhood Globe” by Yasuhiro Suzuki will represent Japan. The artist interpreted the theme of the Biennale to mean “another place that isn’t here” and he discovers relations between things that would normally encounter each other. The installation shows many possibilities to open up the world with existing structures between imagination and familiar phenomena. Norway: Norway’s presentation is called “Utopian philosophy- Inclusive design in practice” hosted by the Norwegian Centre for Design and Architecture. Its aim is to demonstrate the value of people-focussed strategies for innovation. The installation shows architecture, urban spaces, environments, services and transportation designed to meet tomorrow’s challenges. Portugal: The installation “UN/BIASED” consists of four maps that contrast gender maps in areas such as wages and higher education. A dystopian future and ongoing downward trends are shown on two computer- generated maps and two other maps are used to represent an utopian nation based on biological elements. Lebanon: The aim of architect Annabel Karim Kassar is to offer an authentic experience of the streets in Beirut, while sharing the sounds and emotions of daily life in the Lebanese capital. The installation shows the optimism of Lebanese people and features many improvised street furniture items with imperfections, but accepts them as they are. Pakistan: Pakistan’s installation “Daalaan” is an abstract designed playground that aims to conquer social barriers and encourages social interaction between strangers. Utopia represents a place where strangers can become friends and therefore, the project should encourage people to meet and share ideas with an open mind. Spain: The Spanish project “VRPolis. Diving into the Future” by Dímelo a mí Productions allows users to explore a virtual reality utopian development of the city of Santander in 2100. It has a strong educating purpose and features artistic and audio-visual installations. The possible future development shown in the project is based on emerging trends in current innovation. Chile: “The Counter Culture Room” by the manufacturing laboratory Fab Lab Santiago represents Chile at the London Design Biennale this year and it is about the project “Cybersyn” (Synergy Cybernetics). “Cybersyn” was an idea to improve the nation’s enterprise network efficiency and it was a cyber management system that would unite workers through information. Because of a coup, it was never realized, but “The Counter Culture Room” shows the historical potential and ideas of the Chilean creators. Croatia: “What is Utopian in a Collective?” by Maša Milovac and the Utopian Collective is based on moving away from the expected and familiar. The exhibition shows several different layers of “reading” that represent things such as the common ground and the globe as the unifying idea of a circle. Sweden: The Swedish pavilion is called “Welcome to Weden” and is designed by Katja Perrersonand and Varv Varv. It promotes a new concept around the strength of designers and manufacturers working closely together. The installation is about shared responsibility for profits and costs and the goal of achieving more democratic, local and environmental- aware designs. The title of the project is a mix of the words “we” and “Sweden” and it represents the desire for a more inclusive society at large. United Kingdom: The UK is represented by the London-based design duo Edward Barber and Jay Osgerby. They created a wind powered installation called “Forecast” which comprises a group of wind masts and rotating elements, inspired by weather measuring instruments. The project links the seafaring past of the UK to a future of sustainable power and it discovers the nation’s relationship with wind and energy. Cuba: The project “Parawifi” by Luis Ramirez and Michel Aguilar aims to suggest solutions to new social practices that have arisen from the wifi connection in open urban spaces. Since the opening of numerous wifi areas in Cuba in 2013, the country has begun to transform the relation people have towards the new technologies, yet urban spaces are not prepared for this new service. Therefore, “Parawifi” aims to offer possible solutions, to make it reality for the Cuban cities. Mexico: The installation for Mexico by Fernando Romero is called “Border City” and presents a new vision for a binational city on the United States and Mexican border. The project is based on places where frontiers meet and on cities where several cultures clash and create something unique together. The artist explores the transnational border city as a solution for migration and increasing populations. Poland: Poland is represented by Maria Jeglinska and Klara Czerniewska’s construction “Cadavre Exquis: An Anatomy of Utopia”. The project questions how the 21st century creates space for the new utopias as it reflects the many crises and failures of social and political projects from the previous century. Visitors will face the choice between their own path towards an idyllic utopia or a disturbing dystopia. Republic of Korea: The designers of Korea’s project combine east, west, ancient and modern in a digital map where visitors can virtually explore and co-create by adding their own utopian thoughts. They will be able to influence elements of the map by physical gestures and navigate their way through different levels of abstraction. The aim of the installation is to look into the relationship between modern digital culture and the perception of utopia in history. South Africa: The South African project is called “Otium and Acedia” and is designed by Southern Guild and Cape Town designer Porky Hefer. Their work shows five animals: manta ray, crocodile, lover whale, piranha and lion and there is a big amount of self- expression, joy and fantasy in this design. Furthermore, no computers were used in either the design or manufacture of the pieces, as Hefer works directly from his sketches. Taiwan: The Taiwan project “Eatopia” is a series of culinary performances that explore the richness of Taiwan’s mixed cultural heritage through a diverse presentation of contemporary cuisine, design and architecture. The project presents an imagined future and also reflects on the migration history of Taiwan. The ethnic diversity of Taiwan is represented by the different colours and shapes of the fragments.  There is a presentation alongside the eating experience, where the storyteller explains the meanings behind each dish,  a flavour of the country is eaten via bit size beautiful canapés. The London Design Biennale 2016 is in partnership with Jaguar and Somerset House and Jaguar finally revealed their “Utopia by Design” installation. It consists of a futuristic vehicle silhouette with laser displays to tell the compelling story of the brand’s past, present and future and to present the innovative, lightweight designs of modern Jaguars.

The Biennale runs from 7-27 September 2016 and is open daily from 11am. Tickets can be purchased here and further information and details on the Biennale can be found here. 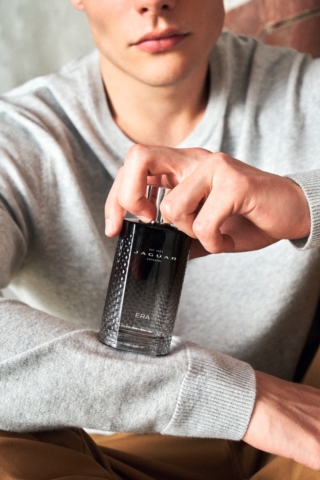