Crossing from one state of mind to another, so shares Leo Cosendai via sound baths. Over the past 10 years, Swiss-born and London-based sound bath meditation maestro, Harper Collins author and creator of the Third Ear App,  has been helping thousands of people transform their lives through sound meditation.  Via this mind-altering and expanding experience, which helped him eradicate the acute anxiety he had suffered since early childhood, Leo shares tools and techniques to change the way we interact with sound and our state of mind.

This October sees the launch of his latest sonic offering; a digital pocket sound bath sanctuary for those who want to travel inwards, befriend their mind, and expand their perspective on life.  We met with Leo to discuss how sound mediation offers a unique opportunity for one to cross from one state of mind to another.

1. How did you come to become a sound bath healer?  How did that help you shift your own state of mind?

As exotic as the job title sounds, I believe it’s the result of an organic process that unfolded over two decades – marked by two key moments: my first panic attack as a 10-year old boy, and the day I met my future wife, as a 20-year old stress head!

Sound has played and still does play a big role in how my mind operates in and looks at the world, but I am eager to say it’s a team effort, a 360-strategy where sound as the squad leader, had a knock on effect on a lot of things in my life. In a few words, I think it made me both start and stop doing certain things. And ultimately, I believe that to shift one’s mindset, one HAS to look at what NOT to do rather than what to do. Let’s face it, you can have all the treatments, cosmic diets, super star physicians, 5* experiences in the world, but if you don’t get the basics right, the advanced stuff will be useless and quickly disappear, just like fresh Swiss snow instantly melts on a road that’s not quite cold enough.
Isn’t it funny how the simplest things in life remain the most important? And yet they are oftentimes the most difficult to keep up with! I mean, let’s just look acknowledge how hard it is for us to get the following essentials “right”:
Sleep hygiene, water consumption (and its quality!!!), daylight exposure, eating seasonally and generally living in sync with nature’s rhythms, and putting ourselves in other people’s shoes before drawing conclusion!

2. What ‘borders’ of resistance can the mind have which you see and work with most?

I find that both in myself and my clients – and whether it’s working with executives, creatives, or parents at home – we tend to behave like Charlie Munger’s theory of the human egg: once entered by a sperm, the egg shuts off and denies entry to all other swimmers!!! And that’s what happens with the mind and its biases.
It’s a potent type of mind dissonance which is similar to tunnel vision – the opposite of hiking in the Alps with a 360 view. In a way, I think what I love about sound bathing is that it’s filled with moments where the participant can suddenly think and feel laterally. The person lying down often ends up “coming out of their body” – a peak of perspective you might say!

More than ever today, I feel humans require EQ far more than IQ, and sound seems to be the universal language that whispers to an inner ear I like to call the third ear.

3. How does a sound bath in particular move the mind from an anxious state into a relaxed one? What happens to someone during a sound bath session?

The funny thing is that you could have a great sound bath experience that takes you to a state of relaxation into a state of anxiousness, and though this may at first no appear to be what we are shooting for, the truth is that a lot of people go to my sound baths to either process things they’re very much aware and tired of, or they know stuff is buried deep down but they can’t quite put their finger on it.

A sound bath can go in any direction and at various speeds too – though. I personally don’t subscribe to the idea that people should come to me on a weekly basis for years – as that’d mean I am not doing my job properly!
It’s really true that anything can happen to you; having facilitated over 2,200 sound baths and some, I have seen, heard and understood how sound touches people through all their senses (there are far more than 5 btw!) and what that does to the mind and body. Sound is a power tool in the crossing of mind states because it facilitates altered states of consciousness at a relatively gentle and small dose, which means you are likely to try it again and not be fried after one trial, which can be the case with other solutions out there. Sound, when facilitated properly and professionally, is a therapeutic elevator that takes you back to your childhood inner theatre.

4. Are there particular frequencies which move the mind into rest?  Move it to be more balanced / energised?

Science has yet to catch up here but I feel comfortable in saying that sound baths are adaptogenic – we all get what we “need” and of course, as always, everyone reacts differently.
There are ways to work with sound with an intention such as being more balanced, or feeling energised. It’s something I developed over the years and am now transmitting via my teacher training courses.

5. What are the benefits to the mind and body short and long term when practising sound baths to cross from unhelpful mind states into more balanced ones?

Short term exposure can help realise that things are ready to shift or that you are finally drawn towards making a change.
Long term exposure can passively develop your aptitude for alpha and theta brain wave production – usually known as the zone or trance state. It basically gives you a reasonable amount of access to your inner child and its best attributes: playfulness, creativity and unconditional love.

6. Our addiction to technology has infamously made many of us ‘wired and tried’ unable to get a good night’s sleep.  You have unique evening Moon Meditations on your app to specifically aid sleep via working with the daily energetic phases of the moon, how does this work?

Wired and tried’, I like that! You’re right, we’re totally wired and have very little attention span or self-awareness.
I work with a gong that is tuned to the fundamental frequency of the synodic cycle of the moon (29.5 days), which was calculated by NASA. Every night, a recording of this gong takes you right out to the moon (thank you Mr. Melies for the inspiration!) accompanied by a tip composed by lunar specialist Merilyn Keskula Drummond. There’s something very playful about the idea of taking a trip to the moon and meditating there..

7. Your app is beautifully designed and has a more creative feel, do you think this helps stop resistance to make time to meditate?

My sister Julie Cosendai created a whole world for my digital sound meditations, and I couldn’t be happier with how it both feels and looks. I certainly think that people aren’t too dissimilar to me are likely to engage and stay engaged with an app that resonates with their own creative vision. As they say, your vibe attracts your tribe! In fact, I wouldn’t be surprised if Julie and I had many potential great friends in our customer base 😀

8. Do you sense a change happening at the moment due to current global crisis…what mental shifts do you see happening?

I see us being torn between reconnecting with nature and further becoming half-man, half machine. I see people valuing their health more than ever, and I see people choosing experiences and unforgettable memories with friends over material belongings. I also hope that we humans will stick together and disallow the engineered fears out there that divide us all.

9. You are working with the Evolving Planet 7 x Project Peace on Earth whosereknown music and meditation ambassadors such as Peter Gabriel and Jack Cornfield have donated to your app?

We’re very excited to be working with this US based organisation – they work with wonderful artists and I feel blessed that people like Peter and Jack decided to contribute to our sonic bank!
Steve and his wife Hope had a session with me in London and then we naturally stayed in touch and met up whenever I was in LA.
It’s essential for me to make these sounds freely available to those who require it – and this instance, we are helping refugees from Palestine and Syria, two nations that are experiencing a great deal of trauma, as well as veterans suffering from PTSD. At the end of the day, I know what sound did for me and I want to help care for others, like I was cared for.
I hope that we will one day get instruments like mine to many refugee camps and veteran centres.

10.  What would be your 3 tips to meditation to shift mind state?

I would try a sound bath in person or online with app Third Ear on the Apple Appstore or Google Playstore.
I would expose myself to many people who think differently than me.
I would put myself in challenging, uncomfortable situations, and I would try to face a fear of mine every once in a while (not that I’m good at it…)

With thanks to Mel Enright. If you enjoyed reading One State of mind to Another then why not travel via Perfume Here 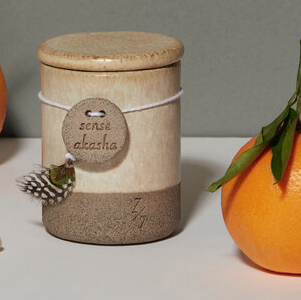