When we think of French men adopted to our British hearts one name that may well jump out is fashion designer Roland Mouret. After a period in Paris as a model, stylist and creative director this southern France’s farmers son came to Britain and built his fame and fortune; he is the French Ray of Light we Brits have totally opened up our hearts to.

Devislish good looks, Gallic charm, independent thinker but most of all a true talent Roland Mouret is the perfect fusion of French chic and British cool. Loved, respected and revered across the globe for his intelligent sexy clothes we Brits are just very happy to have been able to adopt him.

He did’t trained in any fashion school but always wanted to be a fashion designer but coming from a rural farming background this was not the done thing His father was told don’t let him because you know what he will become…..limp wristed …. that was growing up for you in many a regional area of the 70’s in many places in the world.

It after his entry into fashion as a model stylist and creative director in Paris, London beckoned. And it was here that his fashion designer career started.

With an instinctual understanding of Couture and Ready to Wear fashion he knew his free spirit towards clothes whether they be Catwalk of Couture, London was not as steeped and was not as bound as Paris when it came to approaching the subject.

London in the mid 80s was a free place. Young designers were popping up creating fashion visions free from the constraints of those with long held histories of Couture structures, breaking rules or creating their own. It was a time where every fashion city looked to the creativity shining brightly like the hottest flame from London.

London’s fashion history, remember, contained visionaries who broke the rules or even tore up the book and buried it. Think Charles James, Mary Quant, Vida. Sasson  to name but a few; these styles of creatives carved the path others such as Roland Mouret, Alexander McQueen Hussain Chalayan all were able to saunter down.

Initially Roland’s first collection was called People Corporation a street wear brand. The idea of taking clothes that trendy kids wore in clubs and about town and enlivened them.

But deep down this was not true enough for the burning desire etched within him. And so began his journey with fabric. Because he was not trained the option to draw out shapes create tailored piece was not an option. After all how on earth do you create a tailored jacket with sleeves if you have no idea how an arm hole is structured?

Mouret took fabric and draped it around a body and from this came a fluidity that became not just his trademark but a revolutionary was to dress women. With his signature it is fair to say he bought a new facet to the world of catwalk.

Last week in celebration of his new shop opening as destination Bicester village he came to talk initimately with a few invited guests about his career and even more exciting he created a dress in front of their eyes using his draping of fabric on a manaquin.  In a period of about 45 minutes he talked and worked. Effortlessly (so it seemed to the enthralled audience) and created a wool crepe red dress all watching desired to own.  Not a dress made to go into production; yet all watching wished it would.

Mouret’s  relationship with fashion fabric and women is all about the connection of fabric and flesh how it twists, sits, hug or caresses the very body of the wearer. From those who wear a dress of his for evening to turn heads or in the day with trainers to look effortlessly cool.

He loves that contradiction. He blends so effortlessly items that have power.  It’s not a power that so many male designers talk of when mentioning they want to create clothes for powerful women (so often their own misunderstanding of what they project onto women). But for him he clothes allow women to feel touch and engage with their own body, mind and spirit. They is a real sexuality to what he does yet it is sensual at the same time. Because of his generosity he creates the space for each and every woman to explore themselves, their own sexuality,. sensuality and power whilst wearing his creations.

I know, I wear many of his designs, have done for years and in fact was one of the first journalists in fashion to get him and to back it up by buying his clothes, wearing and doing so in my own unique way. Very rarely on these pages of .Cent will you see us talk personally as writers but sometimes ideas should be backed up with evidence.

So back to Bicester Village. He has opened his first store and wow it’s worth a visit. Look for softly draped trousers suits as if YSL himself took le smoking and added jelly into the mix.  So instead of being trussed up tight like a turkey wrapped in foil ready for the holiday oven the tailoring is louche, easy chic and relaxed.

There are also his signature dresses, evening gowns red carpet outfits but also pieces that slip in perfectly with a pair of jeans.

A great opportunity to engage with the brand if the main stores are too much, the relaxed ease of Bicester is a perfect step into the glittering world of Roland Mouret, our adopted French Ray of Light.

For a wonderful day out with shops galore, places to eat, and beautiful gentle surroundings, Bicester Village is a wonderful location for a day out. easy to get to by train or to drive Details Here also check out the other villages around the globe (subject to Covid) 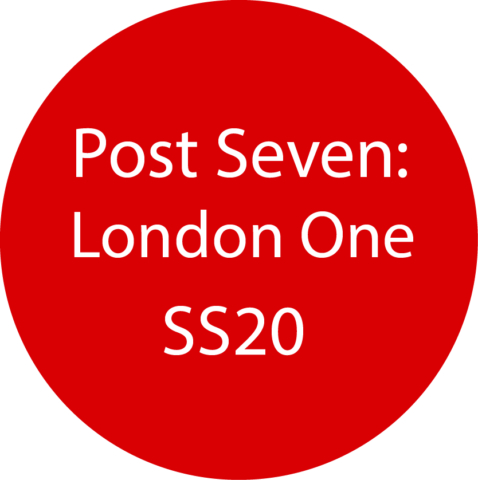 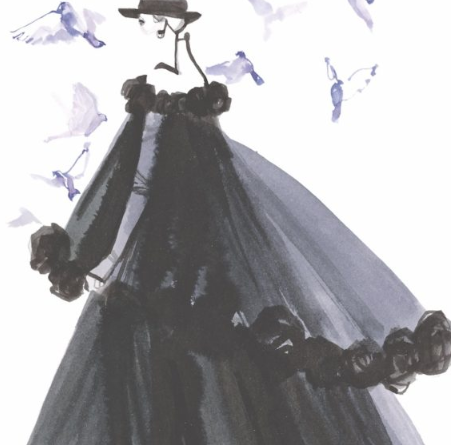