Cult. We often hear this word being thrown around in everyday life. Films, books, musical artists, TV series, artworks and artists or video games have all been associated with such a word.

The term ‘cult’ is a term used in reference to a social group that is defined by its unusual religious, spiritual, or philosophical beliefs or by its common interest in a particular personality, object or goal. Usually considered pejorative.

The term ‘cult film’ is used to describe a movie that has developed a small, but significant and thoroughly dedicated fanbase, that grows over time. Time is key. Films usually acquire a cult status over the passing of time and a gradual enhancing of their reputation. It sometimes takes generations and a shift in cultural tastes for individuals to really appreciate and acknowledge the importance or popularity of a film that it perhaps did not have on first release.

The book ‘Cult Filmmakers’ is an interesting read on such a subject. The author, Ian Hadyn Smith, says a cult film is ‘something that lacks the appeal of more mainstream fare, bringing to audiences an extra factor that can range from the challenging to the kitsch.’ The novel is a short, fun and entertaining read that uniquely gives recognition to fifty of the greatest cult filmmakers in the fascinating world of cinema, exploring each creative and how they each have earnt their ‘cult’ label.

Each page focuses on a different creative mind in the world of film. With 134 pages, there is a lot to be learnt. Featuring some of the big industry names like Tim Burton and David Lynch but also the more strange and surreal filmmakers like Alejandro Jodorowsky and Ana Lily Amirpour, this will give you an entertaining introduction to the different kinds of filmmakers, allowing you to find your favourite.

Such a book also gives you the ability to learn more about the lesser-known filmmakers that you perhaps did not know about. Take Lizzie Borden for example, a name that crops up. She is a successful director that has a small output of film, but is hugely recognised and defined by her pioneering work in feminist cinema. We are able to learn about her films such as ‘Born in Flames’ which has a radical manifesto and is based around her observations of a patriarchal society.

Cult Art is also an interesting topic of discussion. The book ‘Cult Artists’ by Ana Finel Honigman has a similar ethos and direction to Ian Haydn Smiths book as we learn about fifty notable figures in the art world, and their unique creative journeys. Honigman looks at iconic artists such as Salvador Dali and Frida Kahlo, but also focuses on some of the more radical artists like Guerrilla Girls and Nan Goldin, comparing how they use art as form of revolution.

Ana Finel Honigman believes the ‘word cult can denote a strictly niche identity, isolated to a subcultural significance, or indicate a person whose powerful vision evokes veneration.’ Some of the artists included in this book have intense underground followings whose fans adore them for their beliefs and aesthetics which are too chewy for mainstream appreciation.

Basquiat, for example, remains a cult figure despite his place amongst the highest-selling artists. He retained his cult status because of his influence on New York’s underground subcultures. Punk, graffiti, art-house and hip-hop owe as much to Basquiat as the mega-money, gilded, high-art gallery and auction worlds. We learn about his journey with his mental health and his abusive father and how this had a significant impact on his artwork.

So, if you are someone that takes an interest in culture or simply want to improve your knowledge of film or art, then these books will undoubtably be a good start. Guided with whimsical drawings of each creative, these are thoroughly enjoyable and informative reads. 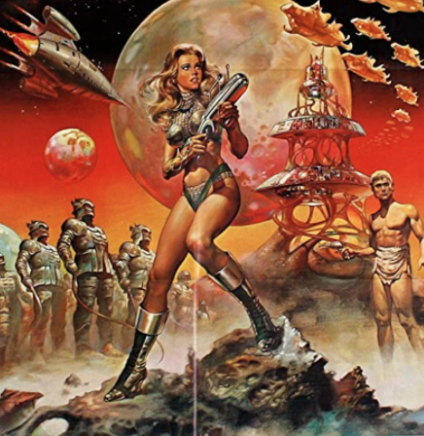 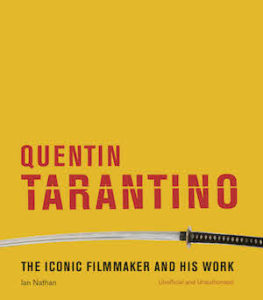