While some artists struggle with focusing on finishing one album – Joseph Arthur has the ability to work on several at the same time… and with success! The Ohio-native is going to release his newest collection of songs with the extraordinary title “The Ballad of Boogie Christ”. This psychedelic-soul record will be available for fans and music lovers on the 9th September.

Thanks to his fans, Joseph Arthur was able to net a big budget and create his radiant collection of songs and tells the story of a fictionalized character loosely based on his own journeys. The renown singer, discovered by Peter Gabriel, recorded his new album in 4 different recording studios: From New York over to Los Angeles and on to Minneapolis.

Each song tells the listener a different story and is yet woven into one grand chronicle. The 42-year-old tells these stories in 12 different tracks with inspiring titles such as opening title “Currency of Love” followed by “Saint of Impossible Causes” (Listen down below!) and “I’m a Fool to Cry”, a slight reminiscent of the Rolling Stones.

I definitely wanted moments of relief within it, where you just get a good jam.”

Although it might sound as if Joseph just put his new album together in a rush – it is definitely not true – the musician mixed his collection with great care and created one of his personal highlights. Especially track #10 “King of Cleveland” is a connection between the fictional character mentioned above and Joseph Arthur himself – storytelling at it’s highest height.

By the way – Joseph Arthur joined the band Fistful of Mercy in 2010. Those of you, who can’t get enough from Arthur’s music might want to check out some of their songs. Find a stream below.

Joseph Arthur in Fistful of Mercy with “Father’s Son”:

If you want to see and hear more of Joseph Arthur check out his official website, Facebook page, SoundCloud channel and Twitter. “The Ballad of Boogie Jesus” will be released on the 9th of September through Real World Records. 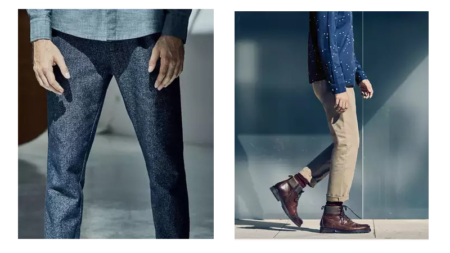