On Wednesday 19th June, Grammy Award winning French producer Philippe Cerboneschi (better known as Philippe Zdar) tragically passed away aged 52. He died after an accidental fall from a 19-century building in Paris. In the months since, tributes from the music world have continued to pour in and his tracks have been played on radios everywhere. The man was a pioneer in his genre and an important figure in ‘90s French culture; naturally, the industry is feeling the full force of this big loss.

Philippe will be remembered best for his work in Cassius, the electronic duo formed (in its first incarnation) in 1991, with Hubert Blanc-Francard AKA Boombass. The duo is considered a vital part of the “French Touch” movement of the second half of the ‘90s, alongside the likes of Étienne de Crécy and Daft Punk. Like the latter, the pair had been working together since the late ‘80s but found mainstream success in the decade that followed.

In 1988, they were known for producing hip-hop albums for French artist MC Solaar. The first project of their own music, La Funk Mob, was created in 1991. In 1996 they released their first track as Cassius, ‘Foxxy’; but their first single to achieve mainstream success was released three years later: ‘Cassius 1999’. It was the lead single from their debut album – the first of five, the most recent being Dreems, which was released two days after Philippe’s death and announced as their last.

Philippe was vital to Cassius, but he also pursued a solo career as a producer. His list of collaborations was illustrious: Chromeo, Franz Ferdinand, One Republic, Phoenix, Two Door Cinema Club. He helped bands straddle the boundary between electronic and indie rock, one of the genre fusions characterising the musical century. His most recent production credit was on this year’s Hot Chip album: their seventh, A Bath Full of Ecstasy. The record is both one of the most acclaimed releases this year and a personal favourite. It’s 47 minutes of sonic bliss, with endless playback ability.

Philippe was responsible for so many, but let’s breakdown some of his most vital pieces of work:

On the full version, after a tantalising forty second build, the track settles into its frenetic beat and doesn’t look back. The only lyrics here are refrains like “Cassius in the house” and “funky music” – plays on the notion of live performance. Cassius knew exactly why they made this: to be played loud and often… at parties, in the car, in your bedroom, walking down the street.

Cassius’ most bona fide universal hit, with their most plays on Spotify to date. Circa 2010, it was inescapable, being used in a Citroen advert and famously sampled by Kanye West and Jay-Z. It’s big, sweeping and anthemic, and tremendously hard not to enjoy.

One of today’s many electronic artists navigating the post-French Touch landscape. Here, Philippe lent his hand on production duty and helped the London quintet cement their status as one of the century’s most convincing indie-electronic crossovers. ‘Melody of Love’, its second single and highlight, is even more poignant considering Philippe’s death two days before its release – “Have you left space for me / In this life? / ‘Cause there are voids into which we cannot dream / In this life”, frontman Alexis Taylor sings.

The lead single from the final ever Cassius album. The duo’s sound has gone full circle – after a similar introduction to ‘Cassius 1999’, the track finds its feet, but only becomes a foot-stomper at the two-minute mark. Before that it swirls and simmers, almost psychedelic, an assault on the senses. From the two-minute mark onwards, it’s a classic ‘90s throwback: a reminder that, two decades later, Cassius are still the best at sounding like Cassius.

In short, the world was Philippe’s oyster. If he could accomplish so much in three decades, one can only imagine what he’d have done for electronic music if given another three. It was a life and career cut short; but he will live on through his music. His contribution was invaluable – remember that arguably the most influential name in the industry today, Kanye West, sampled his track on 2011’s Watch the Throne: a collaboration with Jay-Z, probably the second most influential.

This is music’s magic. The electronic genre is the best evidence of it: the ability to give creative inspiration a new arrangement… the act of condensing the history of music into a perfect four minutes. Philippe made it his raison d’être to create such gifts, which keep on giving and will continue to do so interminably. 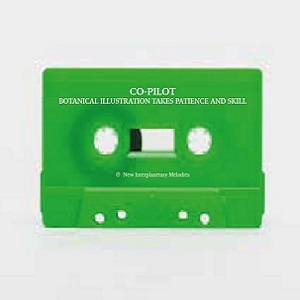 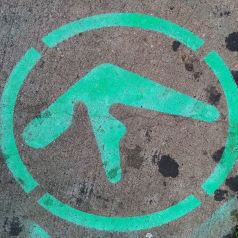