We hear so much talk about Artificial Intelligence (AI). It is, after all, one of the biggest human innovations of the last decades. One example is the proliferation of robots; digital versions of humans. These robots are regularly used in science-fiction films because of their field of possibilities. Represented as machines that can choose on their own between good and evil, just as if they had feelings and a conscience. What if a machine could imitate a human, even as far as feelings? What would happen if robots had free will? What would our world look like if robots were commonplace? A wide field of possibilities has been represented in films. Find out more about these futuristic films and incredible almost human AIs in Robots having feelings.

This is a subject matter that is becoming more and more popular to explore, not just AI but how and if we can integrate them in robot form into human society? Many films for several decades have looked at this subject matter. This article just mentions a handful worth watching.

2001: A Space Odyssey, made 1968 very much a precursor for this type of film potentially the first that showed the potential of computers and AI. Exploring the ideas of human evolution from prehistory to space conquest, AI and technology. Two astronauts were on a mission toward Jupiter with an AI called HAL 9000 (Heuristically programmed Algorithmic computer) which was the onboard computer. One day, HAL made an error and the two astronauts decided to turn it off.

In this film, the most important topic is what is an AI ready to do to accomplish the mission given to it, how far is it ready to go? This questions the interpretation a robot can have from a situation, how they can feel about it. This film is still considered one of the greatest ever made and always worth watching regarding the AI and robotic field.

Another story in this cinematographic world is Better than us (Лучше, чем люди) the perfect image of a world in which feeling AIs and robots are totally melted in society.

In the future, robots are at the service of humans, sometimes they even have jobs to replace humans for example drivers, security guards, In Russia robots, are programmed to obey 3 laws: A robot cannot harm a human being or, remain passive, leave that human being exposed to danger; A robot must obey orders given by human beings unless such orders conflict with the First Law; A robot must protect its existence as long as this protection does not contradict the first or the second law.

In this series, a robot is imported from China, where all these laws do not exist. This robot is a female supposed to serve as a wife and a mother. When she is used for the first time, the man tried to sexually assault her, scared and defending herself, she killed him. After that she ran away, sought by her owner. She founded a family that she tried to protect and became attached to the family.

The question raised by this series is: what would happen if a robot was not respecting laws? This AI would decide by itself what is good and evil, what it is supposed to feel. The robot controls its life and feelings.

The next representation of a robotic future is the film I, Robot. It takes place in a world where robots are fully part of everyday life in order to help humans. An enterprise creates all the robots, but one day the creator of this company is found dead. A police officer thinks one robot killed the creator and he’s right. However, it is because the creator has given the order to kill him to the robot. This robot has developed the ability to feel and think for himself. Finally, all the robots produced think that they need to control humans. Why? To protect them because humans would lead themselves to their destruction because of pollution and wars.

The ethical question here is about robots’ feelings. What if robots could have feelings toward humans? Would they save humanity? The danger of AI is that it can go too far and robots would think for themselves.

Lo and Behold: Reveries of the connected world is a documentary film talking about the internet and the connected world, from the internet and computers to robots and artificial intelligence. This film is really interesting in order to understand the impact of digital evolution in our world. In the last part of the film, artificial intelligence and how robots could take the place of humans are touched upon. This means robots could feel, think and act just like humans.

At the end of the film multiples interviewees are asked “Can the Internet dream of itself?”, it is a way to question the fact that AI could evolve and even think like humans.

Finally, Wargames is a good film to discover yet another point of view on AI. An adolescent who is a hacker tries to find a game and he finds WOPR. WOPR is the Artificial Intelligence in charge of the American armed forces. In 1983 the countries are near the cold war, and when the adolescent launched the game named “global thermonuclear war” he almost started the 3rd WW. He did not immediately realize that the computer confuses reality and digital simulation. Everybody panicked and they finally realized nothing was real it was only WOPR’s simulation.

This film questions the way AI can be used, what if they fell into the hands of people who don’t understand it? Would AI choose itself what to do? This film focuses also on the fact that AIs has to be perfectly programmed otherwise it could have dangerous consequences. It is an ethical question, robots can’t really see the difference between reality and simulation, therefore is it really relevant to replace humans with robots?

In the end, robots and AI are extraordinary innovations but neither is completed. How will we integrate them into society? What could they do? How will we control them? There are as many ethical questions as there are uncertainties. Maybe one day, robots will be able to understand humans thoughts and feelings. Until that day, we have to continue to imagine the future in science-fiction films. So, get ready to eat some popcorn!

You can discover other films about AI here.

If you enjoyed reading this article why not read Docu New? 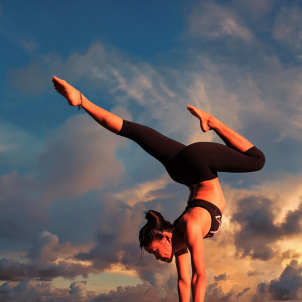