Dr. Hauschka Rose day cream – known by us as a skin care classic, known by models as the ultimate in skin saving during hectic fashion season schedules, and possibly known to those of you who seek out the more natural products to include in your regime.  Well, they have redeveloped this saviour of many a skin but it’s not as straightforward a relaunch as you might think.  What you might not know is how this little gem of a brand, and this product came about… If you’re a .Cent regular, you’ll know we love the creators, the leaders, and those who refuse to conform to type, which is exactly why we were excited to tell you about Dr Hauschka.  Rose day cream – richer in roses – now includes even more rose petals, wild rose hips and rose petal wax.  However, the journey to tweak the original to the new cream wasn’t simple based on their strict commitment to fair trade practice and biodynamic farming practices and ensuring no chemical insecticides and fertilisers.  So committed are our Hauschka pioneers, they have their own biodynamic medicinal plant garden as well as a farm and have cultivated long term relationships for their suppliers of castor oil in Asia, shea butter in Africa, and even for their product packaging in Europe.  So firmly rooted are their beliefs, that the Hauschka company provides biodynamic consultants to their suppliers if requested, in order that their ethos is upheld across all levels and all parts of the globe.

It began back in the 1930’s thanks to Rudolf Hauschka’s pioneering (in 1935, he was considered something of an avant-garde, a rebel according to a society barely aware of natural techniques) methods of producing natural medicines without using alcohol as a preservative, and his meeting with Vienna born, cosmetologist Elisabeth Sigmund who was buying preparations for her own self-developed skincare range), together they developed solutions for stable cream bases without chemicals, or synthetic emulsifiers.

Worried by Dr Hauschka’s progress and success with establishing natural remedies and skincare preparations, WALA (the centre Rudolf had established), was banned from it’s original home whilst both Rudolf and Dr Margarethe Stavenhagen ended up being imprisoned by the National Socialists!  Eventually, after relocating several times WALA found a permanent home in Eckwälden in 1950.

You can now begin to understand some of the constraints the firm will have faced to update and amend the formula of the cult rose day cream whilst staying true to their beliefs.  We congratulate you Dr Hauschka, on updating and somehow improving upon a much loved classic!  Schon indeed. 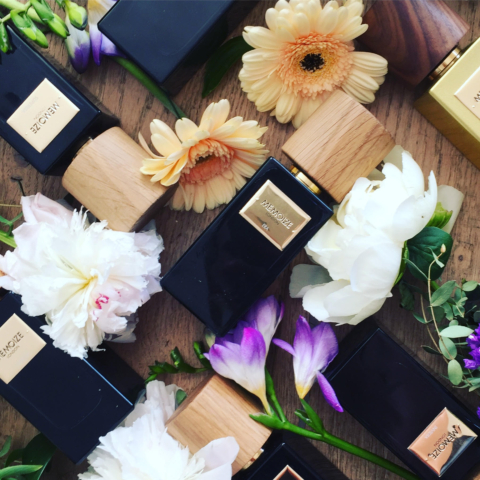