White Eye, the short film captured in one take in a single night, is a testament to the art of making short films.

“From the moment of the action to the cut we couldn’t breathe,” states Shira Hochman, film editor of White Eye.

Director Tomer Shushan explores the human attitude towards those looking for a better life through the lens in a world where immigration and undocumented individuals are global issues.

In a portrayal of how immigrants are viewed by society in his hometown, Shushan unfolds a perspective of those risking their lives for their families’ well-being, while knowing that they may never see their dear ones again.

The 20-minute short film focuses on a simple narrative of a man (Daniel Gad) searching for his stolen bicycle. Once he finds it, he realises that it’s locked and so informs the police. But his attempt to retrieve what belongs to him has a severe impact.

The message: how a simple matter such as losing a bicycle opens a far bigger world than what we are aware of.

Shorts like these, persists and accentuates the concept of human condition awakening the viewer’s conscience. Colour, location, atmosphere, and sound is used strategically to explore realities and transport the viewer from his world into the cinematic medium to discover world truths in short glimpses.

Regarded as more challenging to pen down than a novel, the film must demonstrate character, setting, a cinematic feel, and an engaging story within the time limit.

Created with the understanding that a film doesn’t need to last for 90 minutes or more; short film masterpieces were produced by industry maestros as far back as Charlie Chaplin and Laurel and Hardy.

Rather than keeping up with commercial films, shorts have found their stride and remained prominent among visual artists; from Salvador Dali’s perpetual Un Chien Andalou to the avant-gardists of the 1960s to the current filmmakers like Steve McQueen.

And now, the demand for short films comes from online and social media. The “short” in these films makes them an ideal viewing experience as small pops of entertainment wherever and whenever from Instagram to YouTube.

White Eye is precise, engaging, and hits all the right notes socially and narratively to denote less truly is more.

What inspired you to write about this topic?

The story of the film happened to me about two years ago. I was on my way to meet my mentor to finalize a script I had been working on. It was the last day to send it to one of the Israeli film foundations. On the way the whole story as presented in the film happened, but with a better end. While I was overwhelmed by the experience, my mentor told me to write it down as a script. So I did and after 40 minutes the White Eye script was born and a year later came out as a short film.

Why did you want to explore this topic in particular?

I have always been intrigued by stories of people with different social backgrounds converging. It might be because I was born in a poor suburb and moved with my family to Tel Aviv when I was seven. My mother decided to follow her dream of being a wedding dress designer in the city. In one moment, my neighborhood changed from poor to rich. All the children around me came from a wealthy background. Throughout my childhood I always felt like a stranger. At first, to my new friends, but after a while to my old ones. This experience shaped me as a person and as a storyteller.

Tell us about the actors and why did you choose them in particular?

It was a long process. My strongest memory was one night I happened to see Dewitt (Yonas), who was washing dishes in a burger restaurant through a street-facing window. He had the look and the eyes I was looking for. When we started talking about the character and the story, he was excited and felt that it could be a wonderful way to show the reality they were experiencing. We worked together for seven months, ensuring that this was a perfect choice.

Regarding Omer, it is difficult to choose a person who will play you. I met so many actors and non-actors. I searched for someone who will remind me a bit of myself that could be my friend. Somebody I can trust will manage the shot, and that I could communicate with easily. That’s a huge responsibility. With Daniel (Gad) it went so easy and natural. From the first moment we met I knew it was going to be him. I didn’t need to see his previous work and we never went to audition with him. We started to work the next day.

What did they bring to the whole process of creating the film?

I was very lucky to work with two amazing people. Connecting them to real stories brought more layers to the characters and the film.

We did a lot of rehearsals, but never with both of them at the same time. I wanted to keep the first meeting for the first take as in reality. And indeed, the initial encounter between them was great. It felt as authentic as I imagined.

Where was the film shot? What was the impact of the location and shooting at nighttime?

The film was shot in southern Tel Aviv in an industrial area that during the night transforms into a prostitution centre. This dark place presents the general atmosphere of the film and the social issues the film wishes to luminates.

I chose the slaughterhouse, not because of the deathly environment of it but also because the building was perfect for one specific image I wanted to create. It is in one critical moment of several immigrants hiding in the meat refrigerator. Them standing in the refrigerator like meat lumps is a metaphor for how these people get treated in our society.

Why did you decide to do a single shot?

This story is about a person who experiences a stressful and intense moment. Instead of acting from a rational place he gives in to an egoistic rage. Everything happens to him in a short time without a moment to stop, reconsider, breathe. I wanted the same never-ending, motion-like tension for the audience where the viewer has only a little break to catch their breath.

What were the positives and negatives of shooting in one take?

The production itself was very exciting. Shooting one shot in a single night was challenging and took a lot of rehearsals. The good thing is that the whole team is experiencing the film from the beginning to the end, and you can see what works and what doesn’t. However, while filming I still changed the script as some parts were slowing down the rhythm.

Where do you feel you’re going to go as a director in the coming years?

I’m currently working on two projects. One is my debut feature film (“Between the sacred and the secular”) but another, a TV series script.

One of my main goals for the future is to catch a foot in the American movie industry. I also hope to find a scriptwriter that matches with me so I can mainly focus on directing in the future.

If you liked this piece, check out Mashup: Bernie and Rebecca. 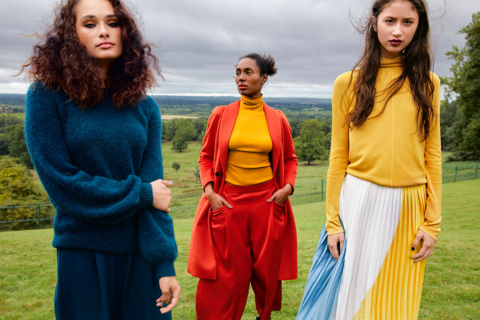 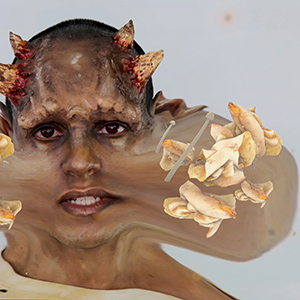