Isn’t it amazing how films spin a tale? Whether it is spinning a web of lies or showing us the real world. It is a twist and turn of events that feels like an illusion at some point; maybe the truth maybe a lie. In this case, we are here to tell you about two distinct films with opposite spins. Both have unexpected moments where your heart skips a beat, and the endings are mouth opening. Come through this twisted journey with us in Spinning an Illusion.

Remembering us of the beauty of nature and how harmonious it is we have The Velvet Queen. It is a documentary set in the heart of the frozen Tibetan highlands with the purpose of being presented by the exquisiteness of the snow leopard. For one director a dream and for his companion just a meet up. We can see it on screen, but we will only believe it when we see it in person. Did the director want to go see if the endangered animal really existed because he didn’t believe it? That will remain unanswered, but the catching part of this documentary is the journey that they go through and nature with its inhabitants. It is a philosophical take on how we can wait for something that might never come.

We get to see on screen these lovely animals on their beautiful habitat and realise that we almost live in an illusion. This because, we are on our busy lives, or as Sylvain Tesson calls it, the ‘puppet show of humanity’, and at the same time we see on screen this mesmerising magnificence of nature.

‘Revere what is in front of us.

Delight in what crops up.

Have faith in poetry.

Fight for it to remain.’

Patience is a key virtue to help us love the world and this film is full of lessons as ‘food for thought’. This film will get you hooked on from beginning to end, definitely worth a watch.

On the other side of the coin giving a different meaning to spun, we have Sideshow. It is spinning a yarn of lies but in a comic way. The British saying ‘spin a yarn’ means that the person is telling you a lie but in a very elaborate way. This film is the British version of Nightmare Alley (a recent film starring Bradley Cooper), and it involves a lot of twists and unexpected turns. Les Dennis is the tabloid legend and one of the nation’s best-loved entertainers that became an actor after his presence in the TV show Extras in 2005. He did big musicals like Legally Blonde and was also a part of Celebrity Masterchef. After all those accomplishments he is has the leading role in Sideshow.

The actor plays a washed-up psychic which this film revolves around, and he is an illusionist as well. After a bad show, he goes home and wakes up to two strangers in his house. A ‘robbery’ takes place and unexpected things are unravel. The end of the film is completely unpredictable and funny. Is he actually legit or is he just spinning a yarn?

The Velvet Queen by Marie Amiguet and Vincent Munier is released in UK & Irish cinemas from 29 April 2022, to find out more go to Modern Films. The Sideshow will be out on the 11th of March in the cinemas across the United Kingdom.

If you enjoyed reading Spinning an Illusion, why not check out Spinning Culture? 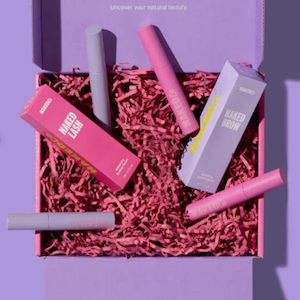