Fusion cuisine, although mainly known as a combination of different culinary traditions, can also be seen as a hybrid of knowledge from different culinary enthusiasts. New and upcoming chefs have been adapting and adjusting what they have learnt from their superiors to create hybrid dishes. Today’s Special, a new cookbook from Phaidon Editors, shares the success story of these upcoming chefs, handpicked by names already established in the food industry.

Cooking can be very simple, like making yourself a sandwich or extremely complex like a gourmet meal. Recipes and techniques for some of the most difficult dishes can take years to master. However, we all know that cooking can be improved simply by trying, watching a how-to video or by getting ourselves a cooking book.

We may well know the names like Jamie Oliver, Gordon Ramsey and Michel Guérard, as they are some of the most well-known chefs in the world. But what about the new upcoming talents we have yet to meet?

The new book, Today’s Special, introduces us to the names of some of the best upcoming chefs, you might not have heard about. They are introduced by established names like Hugh Acheson, Palisa Anderson, Margot Henderson and Yoshihiro Narisawa. Phaidon has published this extraordinary cooking book which is an inspiring project and a source of who’s next in the global dining world.

From America to Africa, Sweden to Slovenia, Chile to China, this book represents the brightest talent across the globe. 20 culinary icons, with an equal ratio of 10 men and women, each has chosen five emerging chefs who they believe are the future rising star in the industry. Today we will have a look at three upcoming chefs that use fusion cuisine in their cooking.

Danielle Alvarez is an executive chef at Fred’s in Sydney, Australia. There she creates produce-driven menus that change daily. Her main focus is on bold flavours which allows the seasonal ingredients to shine. Being a child of Cuban immigrants, Alvarez describes the impact of her Cuban heritage on her as a chef as ‘less about her cooking style and more about a deeply ingrained spirit of hospitality and community, which she brings to her classical Old World culinary approach’.

Alvarez, before opening her restaurant in Sydney, was under the wings of Thomas Keller who has won the Best Chef in America award in 1997 and Amaryll Schwertner, Executive Chef at Boulettes Larder, San Francisco. During that time, she learnt the basics of fine dining that now she combines with her passion for contemporary cuisine.

Jeremy Chan, in his cooking, explores his interest in traditional west African ingredients. They have had an incredible impact on his modern and creative cuisine. Chan has no west African roots but this cuisine gives him a great inspiration to cook, regardless of knowledge or heritage. He scoured the archives at the British Library to inform his knowledge of West African cuisine and history, and he has cited everything from science-fiction movies, such as Blade Runner, to Mark Rothko canvases as aesthetic inspiration.

These influences animate his wild, unexpected dishes, while his days working under exceptional chefs instilled in him the confidence to serve them.

Michael Elégbèdé, born in 1989, comes from a family of Nigerian cooks. His mother and grandmother are restaurateurs and chefs who actively taught their craft to young local women. Elégbèdé’s family eventually emigrated to the United States, where his mother opened a new restaurant and where Michael helped from a young age. In the United States, Elégbèdé attended culinary school and worked with Daniel Humm at his iconic Eleven Madison Park and the NoMad restaurants. After 13 years in US, Michael came back to Nigeria where he opened his own restaurant ÌTÀN Test Kitchen. He brings a kind of cuisine to the table that the country has not quite seen before. His training in fine dining and hunger for pushing the boundaries of tradition are redefining Nigeria’s modern culinary landscape.

Hopefully, we didn’t make you too hungry. If we did, make sure you have a look at Today’s Special and prepare one of their dishes to satisfy your taste buds. 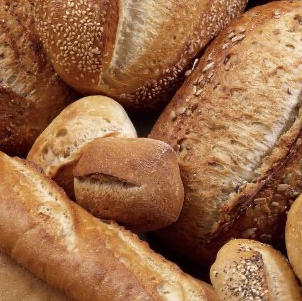 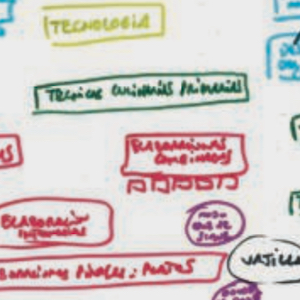