On 5th December, the BBC will broadcast the ceremony in which the winner of the 2016 Turner Prize will be announced. The winner will receive a £25,000 cash prize with £5,000 being awarded to the remaining three artists shortlisted. Whomever the winner may be, controversy will ensue, something which Tate Britain encourages, for debate is equally important to the nature of art as the art itself. Social media remains a powerful platform for those willing to share their opinions and the Tate Britain encourages art lovers to express their outrage or admiration online using the hashtag #Turnerprizelive.

The first of the four shortlisted artists is Michael Dean who drew attention for his work with abstract sculptures moulded with mundane materials such as steel or concrete. Fashioned into shapes which resemble letters, the artist invites the viewer to perceive a word or phrase. In addition to this, Dean sculpts pieces to resemble pieces of the human body, a way perhaps to interact with the bodies of gallery-goers who move around each artwork. Amongst fellow shortlisted artists is Anthea Hamilton, whose large golden sculpture of buttocks has received a flurry of baffled criticism and praise. Depicting a scrapped 1970s project to fashion an apartment doorway in the shape of a ‘butt’, this piece radiates both humour and vulgarity as well as an insight into failed architectural concepts. The third artist, Helen Marten, presents to us an exhibition with three-dimensional collages that evoke freeze-frames of modern day-today-life. Household items are pieced together to look like relics which, in Marten’s words, act as ‘geometric memories’. The installations of familiar items are veiled in riddles which of course invite viewers to engage with the pieces and their stories. Josephine Pryde’s work is, visually, more two-dimensional in comparison to her aforementioned peers. Her ongoing series of photographs, titled Hands Für Mich, feature close-ups of hands engaging physically with objects ranging from phones to notebooks. This take on human portraits draws thematically from possession to intimacy, equally drawing viewers in but leaving them asking themselves questions. One past winner worth noting is Martin Creed, whose piece called The lights going on and off, garnered the highest admiration from the Turner’s Prize 2001 jury. The project was said to explore dichotomies in all natures and situations, light and dark being one to represent a multitude of states. Depression and anxiety were also underlying themes in the conceptual work; the empty room in which the art took place could be said to represent the human psyche. Creed contributed to .Cent Magazine’s 12th issue titled Fundamental Love (guest edited by former Calvin Klein wonder boy Kevin Carrigan).

Creed is due to talk the following events:

In 2015, a London-based collective called Assemble attracted attention for their Liverpool housing renovation project. The group of architects and designers focussed their efforts in poorer communities, using their skills to remodel houses in serious need of care. This demonstration of ‘useful’ art marked an attempt to take art from the gallery and into everyday life.

Among other previous winners is film directer Steve McQueen, whose film and video works beat Tracy Emin’s much publicised My Bed in 1999, an installation composed entirely of an unmade bed with dirty sheets. Indeed, the media attention shining on Emin’s work almost overshadowed McQueen, who has recently become the first person to have won both an Oscar and a Turner Prize.

Meanwhile, international art magazine ArtReview is in the process of selection its Power 100 list for 2016. Its 15th issue, to be published 20 October 2016, will feature a selection of the most influential people in art. The Power 100 edition of ArtReview will also offer an insight into the themes and trends that have emerged in compiling the list, with commentary not only on what the shifting nature of power currently is but also on what it could or should be. 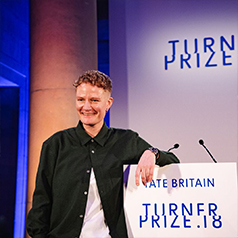