Top 7 of the Most Famous Art Cars

Some cars are nothing short of being pieces of art themselves, as made evident by the likes of the 1957 Ferrari TR250, the 1938 Bugatti Type 57 Atlantic and the 1935 Alfa Romeo 8C 2900 among others. However, when it comes to art, it’s not always about the beauty or the aesthetic appeal, but also about the artist’s understanding and expression of the subject matter. Although cars are not generally the medium of such expressive art, the following seven are the most famous examples of times when an artist managed to incorporate vehicles into his creation.

The Chinese artist Lu Hao strongly believes that the country’s fast developing, modern lifestyle has been detrimental to China’s original culture and this piece was actually created in a way so as to express that view. TheSong Dynasty Ge kiln pottery glaze work on the Ferrari Limited Edition 599 GTB Fiorano’s exterior was meant to convey a sense of luxury and master craftsmanship, reminiscent of ancient Chinese art. It was a beautiful piece of art created in 2009, that was sold for $2 million. However, the money was donated to theDepartment of Automotive Engineering in the Tsinghua University for students to receive foreign education and internships in Italy.

The Safari was designed by Jean Tinguely with scrap metal, fabric, animal skulls, horns, a scythe, lamps, wooden wheels, an electric motor, and more obscure items, to stand as a symbol of the useless, the absurd, death and the eccentric nature of artistic creations. The best part of all was the fact that this mobile art could actually be driven around at the Moscow Exhibition where it was showcased back in 1989.

Gabriel Orozco went to work on the Citroën DS with power tools in 1993 and actually removed a whole portion of the car, instead of adding anything new to it. He took the car apart and cut it down into three sections along its length and then put it together after removing the section in the middle. The piece is supposed to symbolise speed and precision; a fact that was well agreed upon by the art community and it gave the artist the most powerful career boost to date.

In 2002, Damián Ortega created the famous piece, Cosmic Thing by taking apart the Volkswagen Beetle and reconstructing it in such a way that it actually resembles a 3D render of a car engineer’s manual. When you look at it from a distance for the first time, it seems as if everything is floating in mid-air, although they are suspended with wires. The Cosmic Thing is an expression of the Mexican artist’s exploration and understanding of our modern materialistic objecthood.

This satirical mixed media by Erwim Wurm is both comical and tragic at the same time. The morbidly obese car created in 2004 is a reminder of the fact that in the modern society, we are all trying to lose weight, while consuming more than we ever did before. According to the artist’s own words, he expresses that fat grows both outside and inside us, destroying both our health and looks. The Fat Convertible shows that fact as it has an interior that is stuffed with Styrofoam (denoting fat).

While the interpretation will differ from person to person, depending on how they perceive the piece and what influences them the most, the cyberpunk elements cannot be denied in the Automobile Pierced by Neon. However, it is hard to tell if that’s what Mario Merz tried to represent when he put this blue neon tube through the roof of the Simca 1000. Nevertheless, the idea was that the neon tube is a lightning bolt and the rest is up to you to interpret.

The coat of paint used on the car by Alexander Calder in 1975 is abstract and quite simplistic to be honest, but it is famous because of its contribution in starting the Art Car trend in the famous series.

If these popular works just inspired you to try and create one of your own, let’s just hope you have a spare car! Obviously, these styles are quite expensive to pull off, and so you might need to get creative when finding the funds.

One option would be to trade in your old car at the ScrapCarNetwork, to get the most value out of your old and rusty vehicle. In fact, it is very likely that the Scrap Car Network will even buy your car after you have experimented on it a bit because they almost always pick up cars in any condition and from all parts of the United Kingdom. In addition to this, you could easily look through different scrap car lots in order to find spare parts that you could use to do up your car. 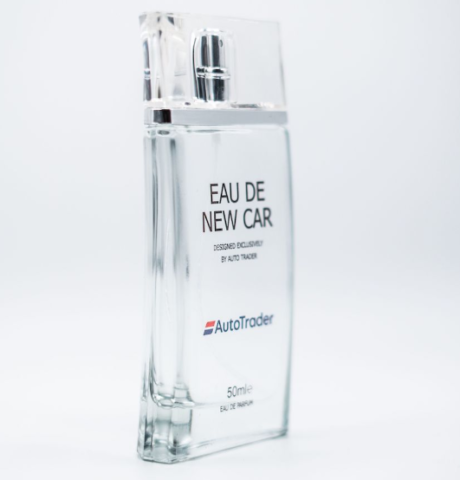