“Cocktails of my own concoction” and “poisons of divine prescription” are voodoo-like descriptions flirtatiously sung by vocalist Hatty Taylor from English duo Vienna Ditto on the Peter-Gunn-surf-meets alternative rock of Feeling Good. It’s perhaps an accurate synopsis of the exhilarating and exigent yet sensory, spine tingling and hallucinogenic adventures beholding the listener on their majestic debut album Circle. The bottled brew of rockabilly cosmic electronica with the aura of trip hop, sophistication of mellow blues and bite of gothic rock is the best way to describe the adventurous surrealism. It’s as if we were tempted into swallowing a glowing potion and the entire time Hatty Taylor casts us under her spell. She mischievously suggests her intent on This is Normal: “I’m the predator and the prey rolled into one.” On Feeling Good her voice is trippy and tough like Shirley Manson, and like on many occasions it echoes around grunge-edged suffocating psychedelic rock but it also manages to breeze spiritually like a mirage in a hot desert. The fact that the lyrics border on sadistic: “finger-licking, pistol-whipping good”, only heighten the other-worldly experience, and the way the additional marching drums remind us of Marilyn Manson’s Personal Jesus keeps in the shades of black. The aforementioned Portishead-like trip hop aura is felt most effectively on Wintertime through the melancholic minimalism of slow steady drums, vibrating keyboard and relaxing gracefulness of Taylor, who’s somewhere between Geike Arnaert of early-Hooverphonic, Emily Haines and Nancy Sinatra. There’s also enough room for unexpected subtle space swirls and slow blues vibrato. On said song, she sings: “You must choose what we keep and what you disguise.” Essentially, that’s the way they selectively build songs like paintings inside a frame, yet with the inventiveness to explore the canvas’s entire space in unorthodox manners. Sometimes painting in the top corners rather than obviously targeting the centre. The production of Liar Liar Quietly and Oh Josephine exploits this principle. On the subdued former, the strums of rhythm guitar echo in opposite peripherals of the soundscape, until a melodic companion takes over and give it a slow Bond theme scent.

On the latter, an ambitious phasing effect (one of many astonishing low-frequency oscillations that enlighten their canvases) soars from below the right side of the speaker into the top left hand axis like an airplane. Radiohead-style rhythm guitar riff keeps it at a driving pace, as the scenery it passing by is made up of stuttering and disorientated spacecrafts, wine bar marimba and a magic box. If Oh Josephine imagines a journey down a motorway in the afternoon heat then A Happy Car Is A Stolen Car is it’s nocturnal equivalent. The dark blues is mostly a kin to the noir environment of Heroin And Your Veins but it’s gets spookier in the intimidating keyboard bridge and it’s circus of wayward bleeps and over-layered ghostly moans.

Pale Horse Rider tricks the listener into thinking it’s going to be straight blues folk tale, as Hatty Taylor narrates her character like a suffering wife of cowboy, with the fragility of Emiliana Torrini: “I’ve got too many hungry mouths to feed and another not long due.” However, it becomes even more evocative with it’s middle-eastern wind, sinister cellos, child-like xylophones and the fire-burning production of AK Momo. If that’s at it’s most organic than Hold On and A Wheel Within A Wheel is it’s most electronic, as they both experiment and focus on the robotic synthesizer style of 1970s german label Kosmische Musik.

The nostalgia of surf rock plays an important role in making Circle timeless. It features most prominently in This Is Normal, Feeling Good and Long Way Down. The latter begins like Blur’s Country House before colourfully celebrating like the B52s and sporting the lap-steeled leather jacket of Dick Dale. Yet Hatty Taylor has the quivering voice-holding of psychedelic singer Grace Slick and the laidback-ness of Warpaint. There’s also an anticipated moment when the song suddenly stops like a western cliff-hanger before reintroducing itself in it’s most psychotic form. This is Normal hints at the surf genre with it’s drums and contains the attitude of Hole, Veruca Salt, Manna and The Cardigans with neat touches of shoegaze static and bubbled distortion.

On their SoundCloud page they describe themselves as “cosmic gospel” and the best example of this in the charming Hammer And Nail. Performed in a chord structure similar to Animals’House of Rising Sun, their electric organ is placed on the pulpit but it’s supportive frame is metallic hammering (to fit with the construction title),  baroque brass and buzzing electronics. At the head of the chorus is the memorable line: “All you have is a hammer and the whole world is a nail”, which is successfully idiom-like. What’s also fascinating is how the production in one bridge fades down the pace to such subtle levels of intricate percussion and rapid yet quiet tapping, that it shows the thought and detail the duo consider with every second they compose. Demonstrating that they do maximalism and minimalism with equal brilliance. The oddball video accompaniments of Hammer and Nail and Feeling Good  – singer Hatty Taylor stuck in a nightmarish cult party and dressed as mime respectively – increases their likeability factor, displays their quirky personality and most importantly keeps their irresistible mystique intact.

Vienna Ditto’s Circle is released on 12th June. Find out more at their official website 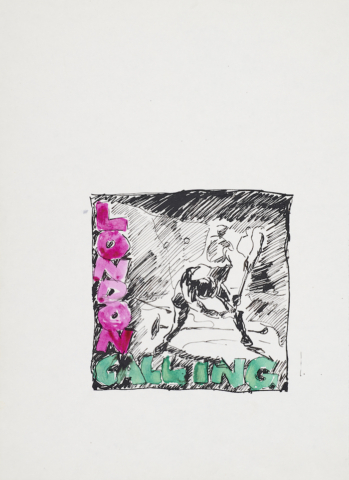 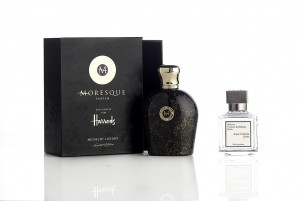