This July we are immersing ourselves into the theme of Water. We are celebrating the creative masseuse Franco Rebagliati and the way he uses the ocean to release tension in the mind, body and nervous system.

Water like air, brings life. For centuries the healing properties of the ocean have been harnessed for humanities ills. From the ancient Greeks ocean and marine Thalassotherapy to the Victorian doctors who advised patients to travel to the seaside to ‘take in the air’ curing a variety of ailments; the ocean has long been associated with healing. These ancient prescriptions sought to use the energising effect of the saltwater air and the vision of the horizon line to heal. Today a man of the ocean has created a new therapy, by immersing into the rhythm, ride, ebb and flow of the waves for our bodily benefit. For decades now I have sought pain relief in the water, from dips in the Ganges at the foot hills of the Himalayas to surfing in Malibu California, I have traveled to heal a stressed out adult body, which has manifested a host of negatively held muscular patterns. During a recent surfing trip to Southern India I was introduced to Argentinian surfer, masseuse and body worker Franco Rebagliati who is the founder of a new and unique body therapy, ‘Ocean Float Therapy’. Franco, a globally sought after therapist for those in the know, has recently devised a system which utilizes the movement of the ocean to bring release to tension held in the mind, body and nervous system. Attracted to and trained in Californian massage from an early age, a distinct Esalen style of bodywork that consists of natural fluid movements worked from the core of the body, Franco in the last five years has expertly evolved his treatments into a unique massage experience. Integrating a life time of bodywork including; Californian massage, ‘Continuum’ (a therapy which seeks to bring back lost movement to the body), corporal expression, surfing, martial arts and Thai chi, Franco delivers a rhythmic, personalized massage, which brings not only increased energy and relief of chronic pain to his clients but also has a profound sensation of physical, mental and spiritual integration.

From this foundation, the last few years has seen Franco working deeper with the neurological impact of massage as well as the physical. Working not only into the release of fascia and muscles, Franco is increasingly intuitively navigating how to help clients let go of obstructive neurological patterns, which create tension and holding patterns in the body. Increasingly Franco kept coming back to how he personally felt and let go in the ocean during the act of surfing and how he wanted others to access this feeling of mental and physical freedom. A recent trip to Indonesia, surfing in warm clear water sparked the ‘Ocean Float Therapy’ concept. “I wondered how I could enable people to experience this. At first I worked with my own mental limitations, you can’t take a massage table into the water! My attention was drawn to the waves and the feeling and information that surfers and body surfers soak into in their body from being in the ocean. Being an advanced surfer understanding the water, the waves, I wanted to use my unique knowledge and background to help others experience release in the ocean. I knew that the biggest impact of this work would be in the total release of ‘control’ and in how the ocean can move the body in a million more subtle and natural ways than on a massage couch, which further awakens the nervous system as the body is not being moved in a way it is habitually used to. You can’t control the ocean. You cannot get through a wave by holding the body ridged. Finding a way around the wave and being comfortable, by relinquishing all control, this is what produces a profound change in the body physically and mentally” An Ocean Float Therapy session starts with a consultation with Franco and at least one table massage, so as the client can experience the fluid movement of this style of bodywork. Learning how to relax into this movement and gaining mind and muscle memory it is then time to take the experience to the ocean. Next Franco forms a clear communication system with the client before they go into the water. Franco then practices relaxation exercises and circular breathing and breath work for when the body is under the water.

Upon entering the ocean, Franco totally supports the client, verbally and physically by holding the body at the neck and hips. Eyes are closed, the nose is blocked and the body is facing to the sky. Supported by Franco the body is encouraged to surrender and relax and release to the movement of the ocean. Each Ocean Float Therapy session is tailored to each person’s level of experience with water. The exercises range from floating and guiding the body if there is a nervousness of the water; to submerging the client under the waves; to encouraging the client to totally release the relaxed body into the wave, where the energy of the water can provide thousands of tiny movements to the spine, limbs and trigger the nervous system. In each case the individual will be carefully and softly taken to experience their edge and gradually go beyond their limitations, guided by Franco.

“Once the client is relaxed in the water, I carefully take them to the edge of their comfort zone, to trigger the mental and physical holding patterns which can then be released. For the first thirty minutes I work on getting the client comfortable working with the breath and then start introducing going under the waves. Medium to small swell size, clean conditions, clear glassy waves are the best for the treatment. Going underwater starts to trigger how much the client can push himself or herself, how much they can let someone take them underwater, release and be held by me. We then have a break where I encourage them to work by themselves in the water, to play in the water, allowing the body to be tumbled in the waves, to go under the waves and work with the circular breathing and then jump back into the therapy”. “The impact of this work is in the releasing of ‘control’ at the level which works for each individual. It is the letting go of the reaction to what you think is going to happen, and to relaxing into the actual movement. Be held by the ocean as opposed to letting the mind project forward into the anxiety of “am I going to drown? Will I be hit by a wave? The premise of the work is to slowly allow oneself to be in a medium such as the sea, which can free the body to be more loose, to move in a totally uninhibited way and reduce the fearful reactive mind which creates the holding patterns. The real work begins when the client really lets go of the control of the body, I can gently move away and then the ocean begins to move the body, limbs and the spine in a very different, unsynchronized way. This is where the real impactful changes happen and healing begins” “Day by day routine, work, working out, makes us move in the same way generating patterns that we are attach to. Some of these also are based on trauma, giving protection to an area that has been injured long time ago, which marks our neurological system. Stress triggers reflexes in our body, generated by our emotions, over time these become engrained patterns which signal certain muscles to over work resulting in tension, knots or blockages. When we move unconsciously or someone is helping us to move, our nervous system is not in control of these patterns and this creates conflicts (who is holding?) I believe that through this conflict we help the nervous system to restart, to create awareness and to ease and break these habitual patterns, which in the end stop the creation of tension. Triggering the reflexes requires a lot of technique and the movement can’t be done erratically, that’s why the work on the table is so subtle and precise, slow, careful, invites the patient be emotionally open. In the water the movement comes from everywhere the waves and the rips. The challenge of being relaxed in a wild environment triggers old fears, trauma ready for release by the very same water that is also bringing everything to the surface.”

Franco is currently seeking to work with a creative water filmmaker to produce a film exploring the powerful relationship between surfing and body work. He is also hosting body work ‘Pop-Ups’ globally over the forthcoming year.

During the month of July you can book a Californian massage with Franco at his massage Pop-Up in East London, please see website details for bookings. 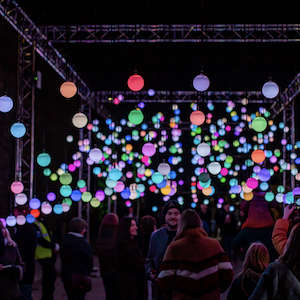 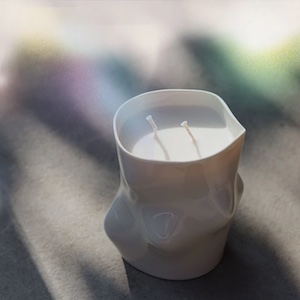