The Barbican Centre nurtures and encourages all forms of art; dance, film, music, theatre and visual art and this month over 30 days they present, in association with American Artist and filmmaker Doug Aitken, Station to Station.

This thirty day multi-media take over of the Barbican Centre is an extension of Aitken’s work in the U.S where his project went across North America by train in 24 days. This ‘living exhibition’ will feature many performances, residencies and talks from many renowned home grown and international artists. Aitken believes that this “is a platform for progressive culture and new artistic experimentation” and that the multi-arts environment the Barbican provides will help in “creating unique works and unpredictable encounters every day.” With the support from Bloomberg Philanthropies, an organisation which is “committed to artistic excellence and ensuring that as wide an audience as possible can engage in cultural opportunities around the world”, there is free access to various day time activities and special ticketed evening performances.

Station to Station exemplifies how differing arts forms are merging and crossing boundaries with many artists fusing architecture, sound and other mediums in their work. Los Angeles based digital art duo Aaron Koblin and Ben Tricklebank utilise the architecture of The Curve to present their interactive laser show, Light Echoes, which enlightens the dark environment with shifting projections. This exhibition will run until September 6. East London is renowned for being an artistic hub and is home to the Japanese band Bo Ningen who are working on a new piece which will be recorded today. To celebrate their four day residency at the Barbican’s Station to Station, they will perform material from their albums with incredible visuals from the experimental filmmaker Fritz Stolberg.

The Vinyl Factory Recording Studio will be capturing new music and live performances during Station to Station and their moble pressing unit will be stamping limited edition vinyl records daily. Every Saturday around lunchtime you can be treated to a portion of cactus omlette, prepared from Ed Rusha’s own recipe which can be enjoyed with a viewing of his short film Premium (1971). If your palette doesn’t agree with cactus, or short films, then there are many other performances, talks and viewings to keep you entertained and you can even take part in one of four hands-on workshops by food-designers DesignMarketo. This weekend will be the last of this amazing artist event. Be sure to get down their and experience part of this 30 Day Happening. 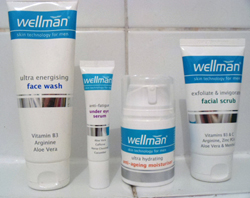