Even if you’ve never heard of “rubber hose animation” you would probably recognize it if you saw it. Picture a cartoon character in black and white with white gloves and skinny, extendable spaghetti limbs that look similar to a rubber hose. This animation style carries a retro and old-timey aesthetic now, but was incredibly advanced when it dominated animation in the 1920s. Yet why did rubber hose go out of style, and is it coming back? Read You Can’t Spell Classic Without Rubber Hose to find out!

Side image by That Irish Historian from Wikimedia Commons

In the early 1920s, animation was in its infancy. There was no rulebook for how to animate, and most animators were skilled comic artists intrigued with the medium and testing what could and could not be done. Out of this age of trial and error, rubber hose emerged.

The style of rubber hose animation was not so much a personal design choice as it was a matter of convenience. Due to the cartoon characters having to be drawn over and over again to produce the appearance of movement, a character’s design had to strike a balance between being simple enough to redraw quickly but advanced enough to look alive. Even the iconic white gloves commonly worn by characters like Micky Mouse were done so that the hands could be seen against a character’s black body.

The characters of the rubber hose era lived in a world unmarred by reality’s rules and fully embraced the wildness that could only come from one’s imagination and a skilled pen. Not tied down by physics, characters could bend and stretch their limbs with ease for comedy. In rubber hose, the popular character Felix the Cat could use his tail as a water pipe to put out fire in a burning building. Kitchen appliances could come to life and walls could swallow keys. Anything was possible.

Believe it or not, rubber hose shorts prior to 1926 were completely silent, as synchronised sound hadn’t been invented yet. Cartoons like Felix the Cat utilised musical accompaniment to make up for the silence, but it was the animation studio Fleischer that created My Old Kentucky Home in 1926 and Walt Disney’s Steamboat Willie in 1928 that ushered rubber hose into an era of sound and music.

While Disney is a household name that needs no introduction, Fleischer is not as prominent today, but back in the early days of animation they were juggernauts in the industry and Walt Disney’s chief competition. You’d probably recognize some of their characters, like Betty Boop and Popeye.

Fleischer’s rubber hose cartoons often had dark adult humour and gritty sets to capture the Great Depression gripping the nation at the time. Having characters be tormented by ghosts and ghouls set to catchy music with fantastic animation is par for the course with Fleischer, as seen in their short Swing You Sinners.

Walt Disney on the other hand took a more wholesome approach to animation, with his shorts being more lighthearted and reflecting mid-American values. In the long run, this would prove to be more successful than Fleischer’s dark comedy.

As animation became more advanced, animators began to look into other possible styles beyond rubber hose. Walt Disney saw animation’s potential to do what live-action couldn’t, and sought to make his cartoons have more realism. Of course, cat tails spraying water and horses with extending limbs did not fit this vision. Due to Disney’s success with their cartoons and visual style, other studios followed suit to capitalize on the trend, often by request from their Hollywood distributors. By the mid-1930s, rubber hose was but a part of animation history.

Though its time in the spotlight was brief, the rubber hose style is far from forgotten. Indie video games like Cuphead and especially Bendy and the Ink Machine are heavily inspired by rubber hose, with the titular Bendy literally having “bend” in his name in reference to the bendy aesthetics of rubber hose limbs. Modern cartoons like SpongeBob Squarepants have even recreated episodes in the classic rubber hose style.

Even Disney–the company that pushed rubber hose out of the spotlight–has paid homage to the style with their 2013 short Get a Horse!, in which Mickey and friends get thrown out of the rubber hose realm and end up as CGI characters in the real world.

Rubber hose is a classic style and a staple of animation history. There’s a certain charm to the retro white gloves and black and white aesthetic that continues to inspire artists and animators to this day.

If you enjoy learning about old animation and film, check out From Words to the Silent here 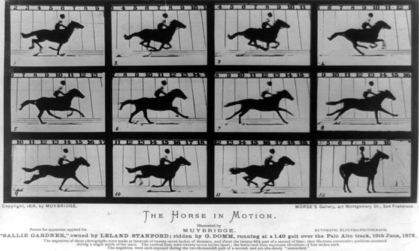 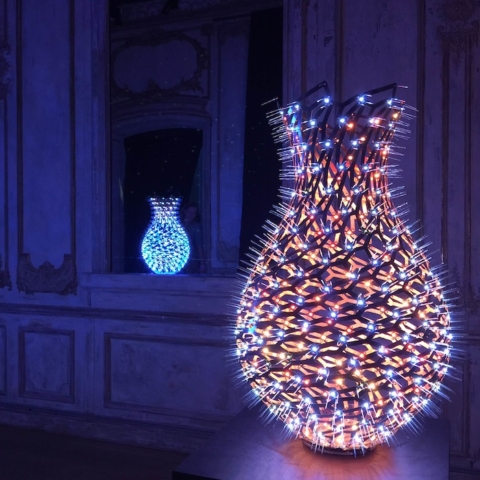