Is there anything that creates a more powerful nostalgia than a soothing aroma or the words in a delicately written book?

The lightest hint of a scent can trigger a time and space of comfort. This is because the ability to smell is one of the most powerful senses we own, as there is a direct link between our sense of smell and memory.

Whereas a book works in an entirely different fashion it can transport you to new places you’ve never been to before. Whether it be into someone’s memory or recollections entirely different to your own. The combination of words can take you to a new world.What happens when you fuse the two, creating an invisible bridge between a reality and a world of fiction, will be fiction have a stronger sense of reality?

Chandler Burr wrote a novel called ‘You or Someone like you’ set in Los Angeles and the central character is a woman, Anne Rosenbaum. Burr was approached by Etienne de Swardt to carry out the creative directing of a fragrance whose name would be the title of the novel. Therefore, he decided to create a fragrance he thought Anne would wear.

“It should be clear that ‘You or Someone Like You‘ is not some kind of olfactory landscape painting. Anne is a serious gardener – I wrote a trellis of roses into her garden, I wrote in mint and wild grasses though the individual raw materials are in the end irrelevant. What You is, is whatever you find it is. A sent you to transplant to yourself. Synthetic and natural beauty. Possibility.” – Chandler Burr.

Burr made it clear that “You Or Someone Like You is not the ‘scent of LA’ or ‘the smell of the Hollywood Hills captured.’ It was on the other hand, stylistically and in its technical construction what a Los Angeles woman would wear from his point of view.

Therefore it is a fragrance that fits the silhouette of an LA lady. Someone cool and crisp like his character Anne Rosenbaum a character that was once foreign, but is now indigenous. Anne finds comfort in literature, and the garden of her home, which nestles in the hills overlooking downtown LA. ‘The scent represents her only in the way all such choices represent us. It can be concrete like a beautiful green rose. Yet, it can be abstract, just like an Erik Satie composition for it is a puzzle so mysterious that it is difficult to unravel.

The perfume invigorates the senses with its fresh, inviting appeal. One feels good wearing it.’ — the Perfumer

Does the secret of this perfume create a more eloquent novel? It allows the audience to indulge more effortlessly into the leading character, you follow her steps so closely you can smell her scent in the trail, or step into her shoes completely and get know LA in the comfort of your own home.

To buy the perfume, and the book, follow the links, we hope you enjoy as much as we did. 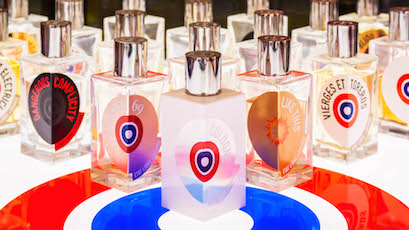 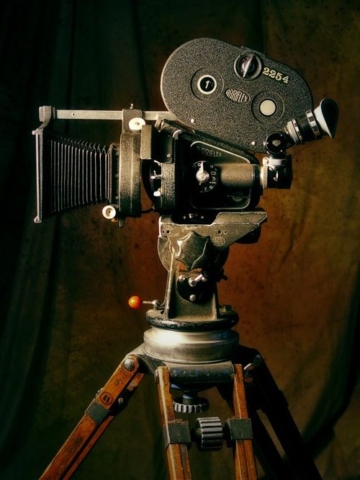 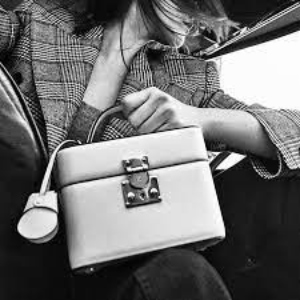