The sweet fruit, the apple, dates back to ancient Greek mythology. It has so much legend and lore surrounding it from many cultures across the world. For example, there is the American tradition before entering the honeymoon suite, the newly married couple must share an apple as it is thought to bring fruitfulness and fertility. The Golden Apple appears in many myths and folk tales as a heroine takes it as their prized possession. During Christmas time, the tradition of apple wassailing takes place on the night of the Twelfth day in many UK areas in order to ward off bugs and maggots and to awaken the trees in preparation for the next apple harvest.  In the bible, the apple is referenced as “the forbidden fruit” an apple Adam and Eve consumed in the Garden of Eden when explicitly told by GOD not to. This relatively humble fruit is one of divinity, fertility, and, as opposed to the bad apple,(the naughty person) a good apple is ultimately as precious as any diamond. Meet a brand that has introduced a perfume with the scents of the apple at its very heart; Kayali’s new “Eden Juicy Apple” in this article Forbidden Fruit Is Good.

An apple a day keeps the doctor away. From our childhood, the rhymes our parents told us elicited the idea of the wondrous powers the juice of an apple had. The tasty juices are made of water, sugar, acids, and aromatic esters. The bigger the apple, the better.

So the first aroma you take in from the Eden Juicy Apple Parfum is this fruit juice of the red apple.

In the fairytale of Snow White, the forbidden fruit is coined with the term ‘bad apple’. How can you tell a bad apple from the rest? The wicked witch hands the bad apple to the princess in hopes to send her into a deep sleep when bitten.

In Western Europe, the take on the fruit described in the bible is seen to be an apple that is the forbidden fruit hanging on the tree in which Adam & Eve consume. The apple was the reason the pair were exiled from the Garden of Eden. In fact, the bite Adam consumes gets lodged in a part of his throat and it is thought that this is where the term ‘Adam’s Apple’, the part of the male throat that protrudes outward, is derived from.

In such tales, myths, and biblical stories, the apple seems to be one that cannot be resisted. Even GOD could not stop the enticing properties of the juicy apple hanging in the Garden of Eden.

Apples also do have a very positive role in our modern world, seen as one of the healthiest snacks but also something that makes everything from apple sauce to cider, and if we were to try to imagine its taste and smell we could probably hazard a decent guess. But why guess when you can actually not just smell the scent of an apple but alos wear it as a scent.

Beauty entrepreneur, Mona Kattan and her sister Huda , created KAYALI perfume’s juiciest product to date. The decision to introduce the scent of apple was included to add playfulness and youth to their growing collection of perfumes in the nine-piece collection.

Let the top notes of the juicy apple transgress into the great myths and fairytales of our time. The apple holds such symbolism, it makes it the perfect fruit to dress your skin.

Huda Kattan Award-winning beauty blogger is one of the most influential women in the Middle East. With her eponymous range of palettes, liquid lipsticks, eyeliner and internet-breaking foundation, she’s fast-tracked her way to global make-up domination. KAYALI, the perfume line, translates from Arabic to ‘my imagination’, is inspired by the rich heritage of the Middle East and the cultural ritual of combining and layering fragrances to develop your very own unique, multifaceted fragrance that’s bespoke to you and you alone. The collection can be layered or worn as stand-alone scents.

You can purchase the new juicy scent here.

If you enjoyed reading Forbidden Fruit, why not check out Scented Artful Delight here. 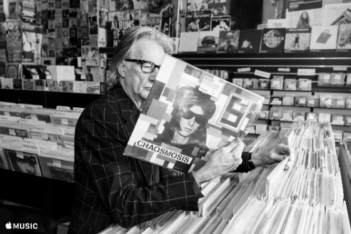 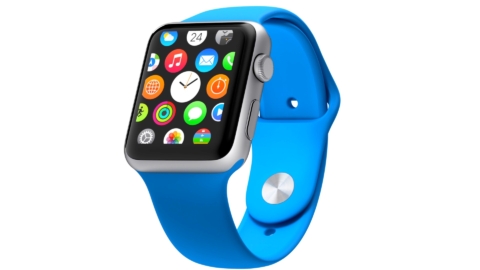