The new Marcel Wanders and Alessi “Circus Collection” is here and is all about circus inspired tableware and household accessories. The designers combined the functionality of the products with the magical imagination of the circus, wanting to create a fun combination of colour and stainless steel in very unique ways. With the circus theme, they were able to add colourful energy to the tableware collection. Marcel Wanders describes the circus as something magical and mystical, which is larger than life and these are the things he wanted to capture in this collection. The whole range is influenced by historical, unexpected symbols from the circus universe, creating an experience of wonder and amusement. Furthermore, the collection also includes collectible heirlooms where the character group includes a set of five distinct classical kitchen tools as specially-made sculptures. Bold, geometric patterns of circles, stripes, conic shapes, and colours such as white, black, yellow, red and gold were used. Additionally, the studio also designed a special set of limited edition circus characters that are entertaining as well as functional. These five characters are called “The Ballerina”, “The Ringleader”, “The Strongman”, “The Jester”, and “The Candyman”. “The Ballerina” (carillon)  is a light-footed female elephant that dances with a little mouse and performs a pirouette atop a golden ball. The platform, on which the duo perform their dance routine, produces the well-known melody that is played at the start of every circus show around the world, “The Entry of the Gladiators” by Julius Fučík. Behind Marcel Wander’s figure, “The Ringleader” (call bell), there is a poignant story: a ringmaster turned slightly crazy and thinks he is still in command of the circus, but instead gets transported around by his trained monkey. The ringleader wears his long, red coat, an elegant hat and a thick black mustache. In front of him, there is a monkey who follows the unreachable banana before his eyes. “The Strongman” (nut cracker) is a strapping heart-breaker. His barbells are loaded with two golden balls to show off his amazing strength, with the effort showing in his face. “The Jester” (corkscrew) has the form of a lively, jumping jester and wears a multicoloured diamond costume. He stands on one of the performing platforms, which conceals the worm of the corkscrew and is the part positioned on the neck of the bottle. The Jester’s pointed hat functions as a practical grip to remove the cork. “The Candyman” (candy dispenser) offers sweet treats for all ages, just like the candy stands at the circus. Marcel Wanders dedicated this piece to the vendors with a smiling face made up like a clown. The oversized top hat is a container to fill up with candy, which comes out of the broad smile of the Candyman.

For more information on the products check out their websites here and here.

In the 1970s, Alessi collaborated with Ettore Scottsass and together they produced the “Condiment set” which consisted of salt, pepper and toothpicks. Ettore Scottsass was the founder of  the “Memphis Group”, which was a design and architecture group from Milan, Italy. Its members were designers, architects and writers and it was founded on the 11th of December 1980 and the group designed postmodern furniture and other objects until 1987. Signature characteristics were plastic laminate, colourful decoration and asymmetrical shapes. The name Memphis was inspired by the Bob Dylan song “Stuck Inside of Mobile with the Memphis Blue Again”, which was played during the very first meeting of the group in 1980. Their work was inspired by Art Deco and Pop Art movements and it features styles such as Kitsch and futuristic themes. Every year from 1981 to 1988, the Memphis Group designed furniture and design objects and they presented them at exhibitions annually. Their work played a key role in the promotion of Italian design worldwide. The Memphis design was a contrast to the black, simple and minimalistic design of the 1970s, as they produced bright, vivid, colorful and shockingly new designs. Memphis influenced many well-known designers, even these days. The Christian Dior haute couture Fall/Winter 11/12 collection, the Missoni winter 15 range, and Karl Lagerfeld pieces are only some of the designs inspired by the group.

Another entertainment section that inspired art is the popular Victorian entertainment which shaped the theatrical traditions of today. The free “Victorian Entertainments: There Will Be Fun” exhibition opens at the British Library at the 14th of October and it will last until the 12th of March 2017. It will focus on five pivotal performers who influenced popular entertainments in the nineteenth century. A revolution of the late nineteenth century was the colour printing and its commercial exploitation which made it possible for all kinds of artworks to be displayed together. The Victorian shows took place in different venues all around the country and they presented things such as magic, hypnotism, circus and pantomime to a mass audience for the first time. The exhibition will take place at the British Library’s Evanion collection which is an archive of around 6000 nineteenth century materials related to entertainment and everyday life in Victorian England. The advertisements of that time were not considered to be of lasting value and were seldom collected. Therefore, many pieces in the collection of the British Library are very unique and highly valuable. The exhibition features charming and ornate posters, musical scores, programmes, tickets, original sound recordings of contemporary Music Hall performers, Memorabilia from “England’s Home of Mystery” Egyptian Hall in London and original artefacts on loan from “The Magic Circle Museum”. Helen Peden, the curator of the exhibition, says that it is a wonderful opportunity to showcase a range of the most fascinating posters that have never been seen in public since the end of the nineteenth century. 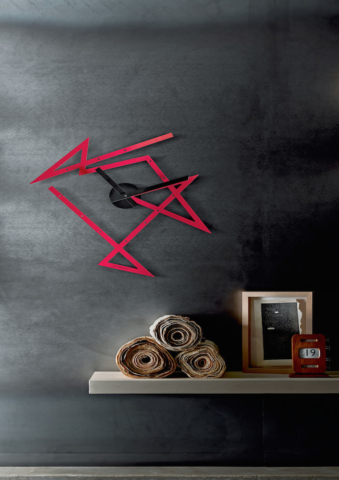