They called the tree at the bottom of the garden the crocus tree because every spring a huge clump of crocuses and snowdrops grew up around its roots and when the first purple petals had opened it was a sign that spring had come.

Spring meant that the rabbit ran around the garden more often, and everyone was quite fascinated when Katie showed them how it had dug a hole under the tree, and they said how lovely it was that rabbits still had their burrowing instincts when they normally lived in hutch. Everyone said this, except Linda, who said she thought that rabbit had a nasty personality. Katie thought it was Linda who had a nasty personality and suspected that the rabbit thought the same thing which was why she’d bitten her, but she didn’t say anything. Linda got annoyed when Katie made her kneel down and have a good look down the rabbit hole and put her hand inside so she could feel how nicely Bramble had dug the tunnel, just like wild rabbits, then Linda had stomped off crossly to get the mud out of her nails. Linda had been staying with them for six weeks and Katie’s mum said she didn’t want to create an atmosphere after her recent romantic misfortune. It was best to keep things calm.

Katie’s dad asked when Linda was moving out and her mum had flapped her hand to make him keep his voice down. Then she whispered that she didn’t know but she hoped it would be soon. Katie went out into the garden to put Bramble away, and the crocuses gleamed like purple jewels in the sun.

When they got home from town later that afternoon the front door was wide open, swinging on its hinges in the breeze. Linda started crying and saying they had been burgled, and someone had just walked in broad as day. But nothing had been taken, and everyone secretly decided that somebody – Linda, most likely, Katie thought – probably hadn’t shut the front door so the latch clicked properly that morning. It was only that evening when she was just drifting off to sleep that she heard Linda run shrieking downstairs saying that her amethyst ring had disappeared and she knew all along they’d been burgled. She called the police, then the next morning she moved out, saying she didn’t feel safe any more and she’d be better off on her own. She made sure she closed the door properly, on her way out, Katie noticed.

A couple of hours after Linda had gone, Katie found Bramble under the crocus tree. The sunlight shone through the early blossom making everything sparkle and as she looked down she saw the ring glinting purple inside a crocus bulb. The rabbit sniffed and ran away. The birds sang in the trees, the wind blew warmer than usual as she rolled the ring down the rabbit hole and went indoors to a silent house. 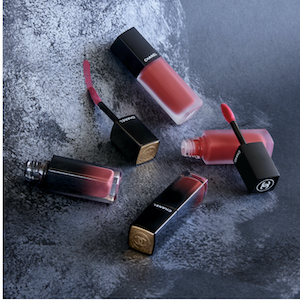