Amsterdam, the capital of the Netherlands, is one of the most effortlessly beautiful cities in Europe, with bike paths covering most of the city and the rest being filled with an elaborate canal system. This city encompasses stunning Architecture, from the unique houses to the bold design of large buildings like museums and stations. Amsterdam is known for its artistic heritage which can be found within the museum district or just on the streets from street art, to vintage shops, one-off art shops and many more. This city is filled with unique places to visit, eat and explore. The exploration started with the always dreaded packing, but with the help of Tumi, ease came our way. The Tumi suitcase in grey highlands print rolls on four wheels, making gliding through the uneven and often cobbled streets of Amsterdam effortless. A three-stage retractable telescope handle, as well as a top and side grab handle, all add to the glide of the case. Another amazing feature is the zip expansion system allowing for more room in your case, as well as the multiple front lid pockets and two mesh zipped compartments inside. With additions of a hanging bracket for shirts. This case is multifunctional and has everything you will ever need for a long, or short trip.

The first day meant prepping before a city walk. Before starting a packed day, its always time to refresh. The Sister & Co Deep Cleanse Ultimate Detoxifying soap bar really packed a punch. Formulated with porous activated charcoal, this soap will lift toxins and impurities from your pores, leaving you with smooth clear skin. Also perfect for a shower after a long day exploring, While shea butter, coconut oil will add softness and hydration. With a final touch of The Sister & Co True Cleanse, cleansing oil with apricot, jojoba and grapeseed to help cleanse, purify and nourish, you are ready for the day.  As well as the exquisite Architecture and street art, Amsterdam has many hidden gems within the city that can really make a day special. Whether it is visiting the famous museum district for the likes of the Rijksmuseum or Van Gogh Museum, or some of the smaller more quirky museums in the centre like the Sex Museum.  The Rijksmuseum is currently celebrating the ‘Year of Rembrandt’ marking 350 years since Rembrandt’s death. The museum showcases 22 paintings, 60 drawings and more than 300 examples of Rembrandt’s prints. As well as featuring work from Erwin Olaf, Louise Bourgeois and many more.

The Van Gogh Museum is another beautiful addition to the collection of museums within Amsterdam, The museum conducts research on the life and work of Vincent van Gogh and the art of his time as well as celebrating and showcasing other artists work. The Van Gogh museum currently is displaying some work from David Hockney celebrating two painters, one love. Exploring the love and inspiration that both Hockney and Van Gogh had around capturing nature. The museum also features as Library for all your studying and art needs.

The Sex Museum is located in the centre of Amsterdam and celebrates human sexuality, a hub and heart of Amsterdam. The museum features a figure of Venus the goddess of love, elements of Marylin Monore and Josephine Baker and the sex icons that they became.  In addition, the museum hosts historical artefacts dating back further than the Romans, as well as some history on the city itself and its world-famous red light district. Of course there more commercial adventures like the Heineken Experience, a behind the scene details of the beer brewing and making as well as taking you on an epic ride. Or something more off the track like the Kattecafe Kopjes which lets you have tea and cake while surrounds by cats.

The Heineken Brewery was built in 1868 and was one of the first for the brand, as the popularity of the beer grew, so did the company resulting in the brewery closing its doors in 1988 and moving to bigger locations on the outskirts of the city. But to show its history, elements that go into making the beer and above all create an amazing experience the Heineken experience was born.

The Kattencafe named Kopjes was the first in Amsterdam, the idea of a Cat Cafe originated in Taiwan in 1998 which became very popular in Japan. Soon this love of cats spread to big cities all over the world from London to Paris and even New York. In 2014 Lenny Popelier conducted a widely successful crowdfunding campaign to her build this concept in the Netherlands raising over 33,000 Euros. And the rest is history, who wouldn’t want a slice or red velvet cake or a salted caramel brownie (we had both) over a cup of tea/coffee while giving some love to one of the seven cats. And of course, how can you forget exploring Cheese Shops and the world famous Vondel Park.

Cheese is a huge thing for the Dutch with Gouda being the Netherlands best-loved cheese. From Geitenkaas to Maasdammer or even Boerenkaas there is not a cheese in Amsterdam you can’t find. And if browsing in one of the many cheese shops still doesn’t fulfil your needs you can always visit the Cheese Museum or the Reypenaer tasting room known for award-winning cheese and its professionally guided tasting. Vondel Park was opened in 1865 and was originally named Nieuwe Park. The park is over 120 acres and celebrates over 10 million visitors a year. With an open-air theatre, rose garden, a playground and many places to eat and drink this is the perfect place to relax and escape the hustle of the city.

While exploring, Radio Bombay from D.S & Durga the 10ml pocket perfume was on us as a contestant. The perfume has a roll system allowing the ease of application and an amazing space saver. With top notes of Sandalwood, Radiant Iris and Boronia this perfume is an evocative, medium-bodied travel-friendly oil based fragrance that radiates a fruity, woody warmth. As well as street art, the food is also amazing in Amsterdam. From a build your own burger bar where you can personalise every detail of your burger down to the meat, or more traditional restaurants that make you feel like a native. And not forgetting the famous Canals of Amsterdam. Amsterdam has over 100 kilometres of canals, creating over 1,500 bridges and most amazing views from each and every corner of the city. These canals are forever expanding with the newest addition in 1995. The canal belt follows monumental building throughout the city, these provide transportation for goods, defensive purposes. After exploring and adventure taking the Urban Veda Reviving Facial Ritual Travel set was a lifesaver, as truly became a ritual within our skincare.

Starting with Soothing Facial Wash to remove any extra makeup and dirt from the day, then onto the soothing exfoliating facial polish to leave you feeling like you have just freshly had a facial and finally onto the day soothing cream with added back in all the moisture into our skin ready to take on another beautiful day in the capital of the Netherlands. 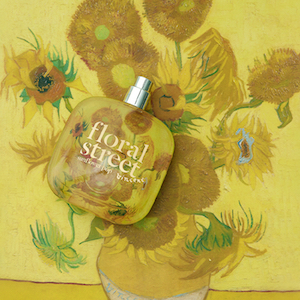 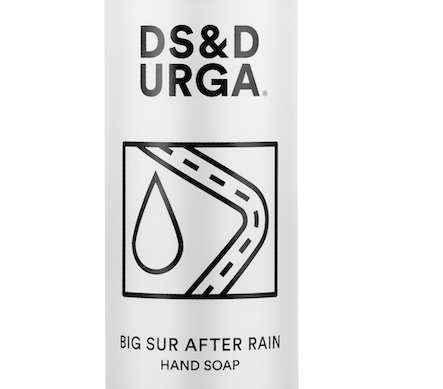