Life in a big city is a dream for a lot of modern people. A lot a lot. It seems that opportunities are endless there, culture is diverse, and on top of that the city never sleeps. However, as soon as you stop looking at megalopolises through rose-colored glasses, the reality strikes. You realize that it is not that easy to actually adjust to the life in a big city, especially if you came from a very small one. Sometimes it is hard just to stay sane in unfamiliar surroundings.

If you are one of those ambitious dreamers you might as well want to prepare yourself for a big change. You can talk to someone who has the actual experience or you can read a book or watch a movie. We cannot share the experience but we can suggest a couple of good motion pictures to watch while processing the thought of changing your life.

The film, starring Alain Delon, Renato Salvatori, Annie Girardot, and Claudia Cardinale, is a true masterpiece, one of the most revered motion pictures of the renowned Italian director. Entertainment to release Luchino Visconti’s Rocco and his brothers melodramatic 1960 masterpiece with an extraordinary cast, on Blu-ray for the first time in the world on 14 March 2016. “Luchino Visconti’s masterpiece can be experienced once again in all its fearsome beauty and power.” – Martin Scorsese. The movie tells the story of a tight-knit Italian family whose lives changed completely after moving to the big city. It is a story of savagery and sacrifice, love and lust, portrayed with rare frankness. Rocco Parondi (Alain Delon) along with his mother and brothers moves to Milan from a rural Italy’s south after his father’s death. Vincenzo, the eldest brother, is already living in Milan and the rest of the family is expecting to move in with him. Milan opens the new possibilities and, of course, threats and unforeseen consequences to the five brothers. The film weaves the story of each of them trying to adapt to their new lives in the industrial city. You can watch the trailer here – If you are not too keen on Italian cinematography and Scorsese’s words failed to convince you giving Rocco and his Brothers a shot, there is always an old American classic option left. The Grapes of Wrath, directed by John Ford, based on a famous John Steinbecks’s Pulitzer Prize-winning novel, might be a good alternative. The movie received critic’s approval as well as two Academy Awards for the Best Director and Best Supporting Actress. The plot is quite similar to the Rocco and his Brothers – the film tells the story of a family from Oklahoma, the Joads, who lost their farm during the Great Depression and they are forced to move from their home. Eventually, they end up in California.

Plus, there are dozens of modern films attempting to tell a story of a search for better life in a bigger city. Most of them depict people moving to the USA from various places on earth and finding out that moving was an easy part but finding your place is way more difficult: Spanglish (mother and daughter move to America from Mexico), An American Rhapsody (a girl from Hungary struggles to adjust to American lifestyle after she is finally reunited with her parents in the USA), Crossing Over (immigrants of different nationalities struggling to achieve legal status in L.A.), Dancer in Dark (Czeck woman and her son move to the USA and she expects her life to be like a Hollywood film), etc. 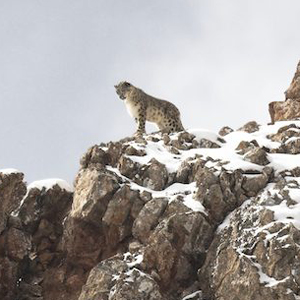