There is something touching about the subtleties of human interaction when you happen to catch a private moment between people. Wherever this may be, that caught moment will stay with us. Amidst the bustle of big cities, the onlooker can witness people embracing, holding hands, and waving farewell; gestures that play out as part of the most human of routines. The moment may be fleeting, except of course when it is caught by the automated lens of a camera. Through the Lens invites you to explore a few stories of communities around the world, through the black and white photography of Roy Mehta, Zhou HanShun, and Koen Jacobs.

The process of capturing an image can be automated, the focus of the lens is mechanical, yet these photographers show how they have mastered ways of communicating their unique emotional stance through this process.

They evoke emotion into a 2D image allowing for a very 3D experience.

Roy Mehta’s new book of photography ‘Revival’ embodies the emotions involved with human interaction and communities coming together. The photographs, taken in Brent, London, between 1989-1993, explore the rich cultural diversity with a particular focus on the Irish and Afro-Caribbean communities. Although these communities faced hardship, Mehta emphasizes their strength, vitality, and persistence towards their dreams.

We watch their stories unfold Through the Lens as they practice faith, enjoy family dinners, or navigate the busy streets. Several of the photographs have remained unseen for thirty years until now. Throughout their automated routines, their stories; we witness the beauty of being connected, and are deeply moved by the tight warm embraces, so loving that you can feel them, and laughter that makes you smile, even if you cannot hear the punchline.

In an interview, which you can watch here, Mehta unpicks the process of photography as a moment where he feels stillness and calm. Everything becomes quiet or muffled around him, enabling him to understand and respond to the world and his surroundings. The process enabled him to explore how people maintain spirituality in busy urban areas and in the everyday. Furthermore, the onset of the pandemic influenced his selection process, inspiring him to include emotive images focusing on human touch, and its healing effects, something we used to take for granted.

The nostalgic way he discusses this documentation shows his passion and admiration for his hometown. Originally the photographs were to be exhibited, poetically encouraging diverse communities to come together in viewing them. However, due to the pandemic, the exhibition has been postponed until March 2022. In the meantime, this intimate, beautiful book acts as Mehta’s love letter to Brent.

The observer can immediately imagine the sensory overload and claustrophobia as the series explores the theme of overpopulation, and the difficulties the people face to find physical space and mental clarity.

You feel swept away by the overwhelming sense of chaos and tension. To capture the film for each image, HanShun had to position himself in the same spot for 5 to 7 hours per session, before layering the film.

HanShun expresses his views of city life as an unstoppable, fast-moving, all-consuming experience that overcomes and absorbs anything in its path, which the viewer can feel through his emotive series of photographs.

Koen Jacobs is a street photographer based in Belgium and Antwerp. His series ‘Mechelen Railway Station’ (which you can view here) was taken whilst he was waiting to change trains for his commute to central Brussels. These candid photos emote inquisitive thoughts, stirring questions such as: where is this person going? What is their background? What has caught their attention? Additionally, some of the subjects are looking back at the lens confused or perhaps taken by surprise. The body of work, can in some ways, be considered as fragmented or disjointed because of the stark differences in composition. However, this variation only adds to the levels of enjoyment, curiosity, and marvel of viewing these photographs as you try to gauge the stories behind them. The more you look at them, the more enticing and satisfying they become as you ponder Jacobs’ thought process behind the composition of each shot. Jacobs tells you a story based on his understanding of the strangers he observed, engrossed in their own thoughts, daydreams, or routines.

Roy Mehta, HanShun, and Koen Jacobs all use black and white street photography to document and express human interaction and routine within different cities. The difference is the emotion, the story, the expression. It is the harmony between machine and human, how they have used the camera to express their observations, causing the viewer to be intensely moved, but in very different ways. Although our lives may feel automated during these unprecedented times, Through the Lens reminds us of the beauty in every day and that our interactions touch other people’s lives.

If you enjoyed reading Through the Lens you may also enjoy ‘Interactive Emotions’
You can find out more about Roy Mehta Here and Hoxton Mini Press Here, where you can purchase ‘Revival’.
You can purchase Zhou HanShun’s ‘Frenetic City’ book and prints Here.
To discover more of Koen Jacobs’ work click Here. 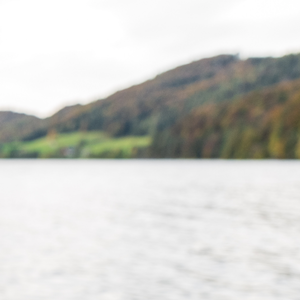 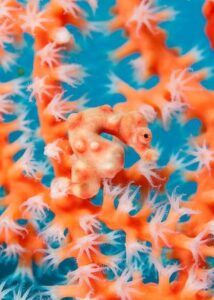