The Lalique Burlington Arcade opening night took place in London this week and we are excited to share some background of their Zaha Hadid collaboration. It all started more than two years ago with the creation of the Visio and Manifesto crystal vases. This collection combined the expertise of the master-glassmakers with the talent and creativity of the designer and architect Zaha Hadid. The newest addition to the range is the Fontana bowl which is a unique piece with fluid  lines and the typical sense of movement, a central theme in Hadid’s works. In this item, Lalique’s style is expressed through the contrasting satin and the polished finishes. The Chairman and CEO of Lalique, Silvio Denz, said that “the thought of Zaha Hadid designing this project is a particularly moving one” for him and with this collection, he “would like to pay homage to her memory”. Hadid was a leading figure in the world of architecture and she was the first ever woman to win the prestigious Pritzker Architecture Prize. She founded Zaha Hadid Architects in 1979 and her interests laid in architecture, landscape, and geology; her designs integrated natural topography and human-made systems, leading to innovation with new technologies. Furthermore, she was included in the Forbes List of the “World’s Most Powerful Women” and the Japan Art Association presented her with the “Praemium Imperiale”. Additionally, she was awarded the Stirling Prize by the Royal Institute of British Architects, UNESCO named her an “Artist for Peace”, the Republic of France honoured her with the “Commandeur de l’Ordre des Arts et des Lettres”, and TIME magazine featured her in their list of the “100 Most Influential People in the Worls”. In 2012, Hadid was made a Dame Commander of the Order of the British Empire by Queen Elizabeth II and this year, she received the Royal Gold Medal. Zaha Hadid died on the 31st of March 2016, but Denz is sure that “her architectural heritage will continue to inspire generations to come” and he thinks that “Lalique is truly honoured to have had the opportunity to work with this outstanding artist”.

The newest addition to the crystal architecture range is called “Fontana” and this mineral bowl expresses the powerful dynamism of water. It represents the rhythms and continuity of waves in motion. Solidity is shown through the formal composition of the design, whereas lightness is shown through the vase’s materiality. The Fontana bowl is presented in plain crystal, black and midnight blue. The previous pieces from the collection include Visio and Manifesto which are described as “a sensory and tactile experience through sensual curves, the particular velvety touch of a satin finish, and a design both contemporary and timeless. The midnight blue colour was close to the heart of Zaha Hadid. It suffuses the Visio and Manifesto vases, which complete the Crytsal Architecture Zaha Hadid collection. 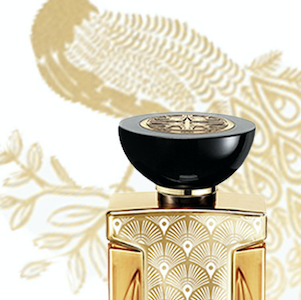 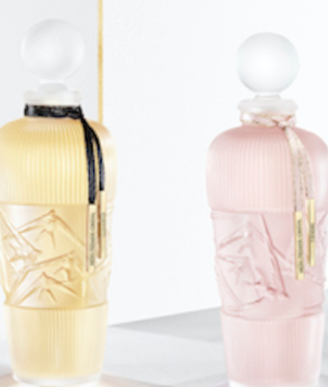